What Is Leslie Jones' Net Worth?

Leslie Jones was born Annette Jones on September 7, 1967, in Memphis, Tennessee. Leslie's family moved frequently because her father was in the U.S. Army, and when they relocated to Los Angeles, he found work as an electronics engineer at the radio station KJLH, which is owned by Stevie Wonder. Jones attended a Lynwood, California, high school, and after her father suggested that she play basketball because of her tall stature, she earned a basketball scholarship to Orange, California's Chapman University. While attending Chapman, Leslie worked as a DJ at KNAB, the student radio station. When her basketball coach, Brian Berger, took a coaching job at Colorado State University in 1986, Jones transferred to the school and majored in computer science and accounting before settling on a major in communication. As a Colorado State student, Leslie won the title of "Funniest Person on Campus" in 1987 after being secretly entered into a comedy contest by a friend. Jones had a younger brother named Rodney, but sadly, he passed away in 2009.

After being crowned "Funniest Person on Campus," Leslie left Colorado State and returned to L.A. She worked at UPS and Roscoe's House of Chicken and Waffles, and she performed at comedy clubs at night. Comedians Dave Chappelle and Mother Love encouraged Jones to spend two years in New York City honing her comedy skills, and she landed an appearance on BET's "ComicView" before moving back to L.A. Leslie performed at West Hollywood's famed Comedy Store, then toured with Jamie Foxx, and she eventually met Chris Rock, who helped her get hired at "Saturday Night Live." Jones made her acting debut in a 1996 episode of "In the House," then she appeared in the short films "Sploosh" (1998), "Does That Make Me a Bad Person?" (1999), and "A Feeling Called Glory" (2000). In 2003, she appeared in the Martin Lawrence comedy "National Security," followed by 2006's "Repos," 2007's "Gangsta Rap: The Glockumentary" (2007), and 2008's "Internet Dating." In 2010, she got her own Showtime comedy special, "Problem Child: Leslie Jones," and appeared in the films "Something Like a Business," "Lottery Ticket," and "The Company We Keep." 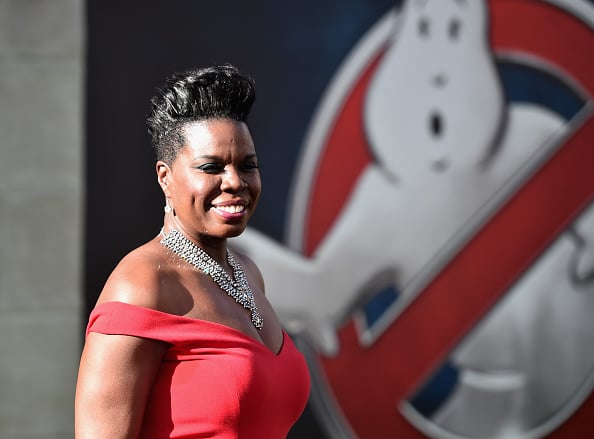 Jones appeared in "House Arrest" and "Christmas in Compton" in 2012, and in December 2013, she auditioned for "Saturday Night Live" when the show held a casting call for African-American women. She was initially hired to write for the show, but she appeared on "Weekend Update" in May 2014 and later made appearances in two early Season 40 episodes. Leslie was promoted to a featured player in October 2014, and at age 47, she became the oldest person to join the cast in the show's history.

Leslie remained on "SNL" through the 44th season, appearing in more than 100 episodes and earning two Primetime Emmy nominations for her performance on the series.

Jones co-starred with Chris Rock in 2014's "Top Five" (which Rock also directed) and with Amy Schumer and Bill Hader in 2015's "Trainwreck." In 2016, Leslie appeared in the film "Masterminds" and starred as Patty Tolan in "Ghostbusters" (also known as "Ghostbusters: Answer the Call") alongside Melissa McCarthy, Kristen Wiig, and Kate McKinnon. The film grossed $229.1 million at the box office despite the astounding amount of misogyny directed at the film, which included numerous males on the internet claiming that the mere existence of an all-female "Ghostbusters" film would ruin their childhoods.

In 2020, Leslie starred in the Netflix comedy special "Leslie Jones: Time Machine," appeared in Netflix's "Death to 2020," and began hosting the revival of "Supermarket Sweep." In 2021, she co-starred with Eddie Murphy, Tracy Morgan, Arsenio Hall, Wesley Snipes, and James Earl Jones in "Coming 2 America," which earned her an MTV Movie + TV Award, and in August of that year, it was announced that Jones had been cast in a recurring role on the HBO Max series "Our Flag Means Death." Besides her work in comedy, Leslie is also well-known for live-tweeting the Olympics, which led to NBC flying her out to Rio de Janeiro, Brazil, to cover beach volleyball, track and field, swimming, and gymnastics during the 2016 Summer Olympics. She traveled to South Korea to cover the 2018 Winter Olympics as well. Jones has also appeared in Allstate Insurance ads with "Workaholics" and "Pitch Perfect" star Adam DeVine, and she hosted the 2017 BET Awards and the 2021 MTV Movie & TV Awards.

After "Ghostbusters" was released in July 2016, internet trolls subjected Leslie to despicable racist and sexist attacks on Twitter. Several Twitter users, including "Breitbart" editor Milo Yiannopoulos, were banned from the platform after Jones met with Twitter CEO Jack Dorsey. Later that month, Leslie spoke about the abuse on "Late Night with Seth Meyers," stating that "hate speech and freedom of speech are two different things." The following month, Jones was targeted again when someone hacked into her website and posted images of her driver's license and passport as well as alleged nude photos of Leslie and a video tribute to late Cincinnati Zoo gorilla Harambe (in reference to some of the racist Twitter remarks that were directed at Jones the previous month). Leslie's team subsequently took her website down. The sexist and racist abuse Jones received resulted in an outpouring of support, using the hashtag #LoveForLeslieJ, from both fans and celebrities, including Hillary Clinton, Gabourey Sidibe, Ava DuVernay, Ellen DeGeneres, Octavia Spencer, Katy Perry, Anna Kendrick, and Leslie's "Ghostbusters" director, Paul Feig, who tweeted, "Leslie Jones is one of the greatest people I know. Any personal attacks against her are attacks against us all."

Jones has earned three Primetime Emmy nominations for "Saturday Night Live": Outstanding Supporting Actress in a Comedy Series in 2017 and 2018 and Outstanding Original Music and Lyrics for the song "The Upper East Side" (shared with Eli Brueggemann and Bryan H. Tucker) in 2019. In 2016, Leslie, Kristen Wiig, Melissa McCarthy, and Kate McKinnon shared a Women Film Critics Circle Award for Best Female Action Hero for "Ghostbusters," and in 2021, Jones won an MTV Movie + TV Award for Best Comedic Performance for "Coming 2 America." She earned a Black Reel Award nomination for Outstanding Breakthrough Performance, Female for "Ghostbusters" in 2017 and Black Reel Awards for Television nominations for Outstanding Supporting Actress, Comedy Series for "Saturday Night Live" in 2017 and 2019. 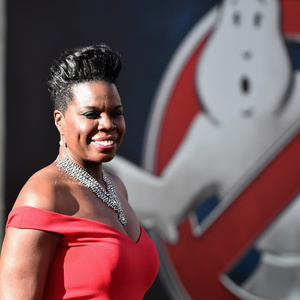