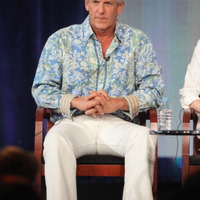 Lenny Clarke net worth: Lenny Clark is an American comedian and actor who has a net worth of $500 thousand. He is best known for his thick Boston accent and for his role as "Uncle Teddy" on the series, Rescue Me. Lenny Clarke was born on September 16, 1953 in Boston, Massachusetts and attended the University of Massachusetts. In the1980s, during the height of the Boston comedy scene, Clarke was one of the most famous stand-up comedians of the time. Throughout his career, he has starred in his own short-lived network sitcom, Lenny and has made appearances in a wide variety of shows, including Rescue Me, Contest Searchlight, the Job, The John Larroquette Show, It's All Relative, The Winner, and Are You There, Chelsea?. He has also appeared in several movies, including Monument Ave., Fever Pitch, and Southie, and was a writer known for The John Larroquette Show, Rounders, and Lemony Snicket's A Series of Unfortunate Events. Clarke is an occasional guest on the WEEI radio shows in Boston, and also appeared on the stage during the victory speech of Republican Senator, Scott Brown, who was elected to the Senate to fill Edward Kennedy's seat. Clarke has been married to Jennifer Miller since October 1996.