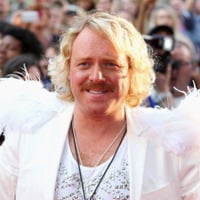 Leigh Francis net worth: Leigh Francis is a British comedian and actor who has a net worth of $10 million dollars. Born in Beston, Leeds, West Yorkshire, England, Leigh Francis attended the Leeds College of Art where he earned a certification in Graphic Design. He began performing stand-up comedy while in school, and caught the attention of television presenter Davina McCall. At her suggestion, he was invited to join the cast of "Dom & Kirk's Nite O Plenty", which aired for one season in 1996. Throughout the late 90s, he portrayed various comedic characters on such shows as, "Popworld" and "Whatever I Want'. In 2002, he was offered the television job that would make him a household name. Channel 4 paid him to develop a number of his more popular characters into their own series. The show was called, "Bo! Selecta", and ran for five seasons. He then spun one of his "Bo! Selecta" characters, Keith Lemon, into a successful television franchise. He is currently appearing as Keith Lemon on "Lemon La Vida Loca", a spoof reality series.