Lee Mack net worth: Lee Mack is an English comedian and actor who has a net worth of $8 million. Lee Mack was born in Southport, Lancashire, England in August 1968. He wrote and starred in the television sitcom Not Going Out which debuted in 2006. Mack has been a team captain for the BBC One TV panel series Would I Lie to You?

Starting in 2007. He has also hosted the Sky One panel series Duck Quacks Don't Echo from 2014 to 2017. Lee Mack presented the panel television series They Think It's All Over. He was featured on the series The Sketch Show from 2001 to 2004 and was featured in Lee Mack's All Star Cast in 2011. Mack has also guested hosted the TV series Have I Got News for You as well as Never Mind the Buzzcocks and was a guest captain on the series 8 Out of 10 Cats Does Countdown and a guest panelist on the series QI. 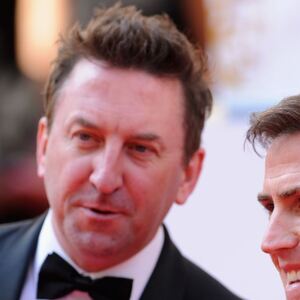