How much is Lea DeLaria Worth?

Lea DeLaria net worth: Lea DeLaria is an American comedian, actress, and musician who has a net worth of $1.5 million. Lea DeLaria was born in Belleville, Illinois in May 1958. In 1993 she became the "first openly gay comic to break the late-night talk-show barrier" on The Arsenio Hall Show. As an actress DeLaria voiced the role of Helga Phugly on the television series The Oblongs in 2001. From 2008 to 2011 she starred in the soap opera One Life to Live. Since 2013 DeLaria has starred as Big Boo on the series Orange Is the New Black. She has starred in the movies The First Wives Club, Rescuing Desire, Plump Fiction, Edge of Seventeen, Fat Rose and Squeaky, and Ass Backwards. DeLaria has also appeared in episodes of the TV series Matlock, The John Larroquette Show, Saved by the Bell: The New Class, Friends, The Drew Carey Show, Will & Grace, Law & Order: Special Victims Unit, and Awkward. DeLaria has released two comedy albums and four jazz albums. In 2015 DeLaria won a Screen Actors Guild Award for Orange Is the New Black. 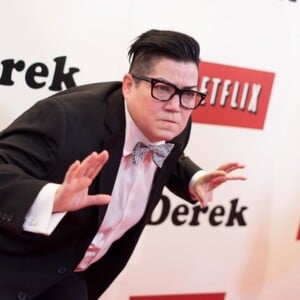