Lavell Crawford net worth: Lavell Crawford is an American comedian, writer, and actor who has a net worth of $500 thousand dollars. Lavell Crawford was born in St. Louis, Missouri, and graduated from Pattonville High School in Maryland Heights, Missouri. He began his professional acting career in the late 90s, appearing in the film, "Beverly Hood".

Since then, he has gone on to appear in such projects as "The Jamie Foxx Show", "Baby's Momma Drama", "Friends and Lovers", "My Parents, My Sisters & Me", "Love Chronicles: Secrets Revealed", "Workaholics", "Who's Watching the Kids", "What Goes Around Comes Around", "Je'Caryous Johnson's Marriage Material", "It's Always Sunny in Philadelphia", "The Crazy Ones", "Sperm Boat", "Super Fun Night", "4Play", and "For Love or Money". He has also provided voice over work for "Aqua Teen Hunger Force" and "Squidbillies". He is most widely recognized for his numerous comedy specials and for his recurring role on "Breaking Bad". 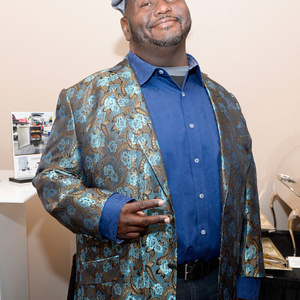