Larry The Cable Guy Net Worth

What is Larry The Cable Guy's Net Worth and Salary?

Larry the Cable Guy is an American stand-up comedian and actor who has a net worth of $100 million. He first became famous as one of the members of the Blue Collar Comedy Tour where he established what would become his famous "git-R-done" catchphrase. Larry has released multiple comedy albums that have been certified gold by the RIAA. He is also an actor, probably best-known for voicing Mater in the "Cars" franchise.

At the peak of his career and fame, Larry earned $70 million in a single year, mainly through touring and endorsements. In years when he chooses to tour, Larry can easily earn $10 – $20 million from endorsements. He has earned tens of millions of dollars from a single endorsement, for the drug Prilosec.

Daniel Lawrence Whitney, better known by his stage name Larry the Cable Guy, was born in Pawnee City, Nebraska, on February 17, 1963, where he was raised on a pig farm. His parents are Tom Whitney, a guitarist, entertainer, and Christian minister, and Shirley Whitney. Larry attended The King's Academy in West Palm Beach, Florida, for high school, in the late 1970s, while he father was the principal of The King's Academy's elementary school. He then transferred to Berean Christian School in West Palm Beach in 1980, and graduated from there in 1982. He continued his education at Baptist University of America in Georgia, and the University of Nebraska—Lincoln, majoring in drama and speech. However, he dropped out of college after his junior year to pursue a career in comedy. He credits his college roommates from Texas and Georgia for inspiring his Southern accent impression, which later became a central part of his Cable Guy character.

Larry actually kicked his career off with numerous radio appearances in the early 1990s. Some of the programs he appeared on include the nationally syndicated "The Ron and Ron Show", "The Bob and Tom Show", "The Chris Baker Show" on KDGE, "The Todd and Tyler Show" on KEZO in Omaha, the "Kirk, Mark, and Lopez" morning show on WIYY in Maryland, and "The Johnny Dare Morning Show" on KQRC in Kansas City. He continued to make a name for himself, and started appearing in more and more shows around the country, including in Orlando, Florida. He also began doing two commentaries a week for WHEB 100.3 in New England, and WGIR-FM 101.1 in Portsmouth and Manchester, New Hampshire.

He developed his Larry the Cable Guy persona after only achieving limited success and popularity when performing stand-up under his real name. The Cable Guy character has a thick Southern accent, sports a stereotypical redneck appearance, and has the signature catchphrase "Git-R-Done!". He talks about topics ranging from family stories to jokes about his redneck "background", and uses catchphrase humor. Some of his other catchphrases include saying "Lord, I apologize, and be with the starvin' Pygmies in New Guinea, Amen" after he tells jokes of questionable taste; and "I don't care who ya are, that's funny right there" to get the audience to laugh with him. 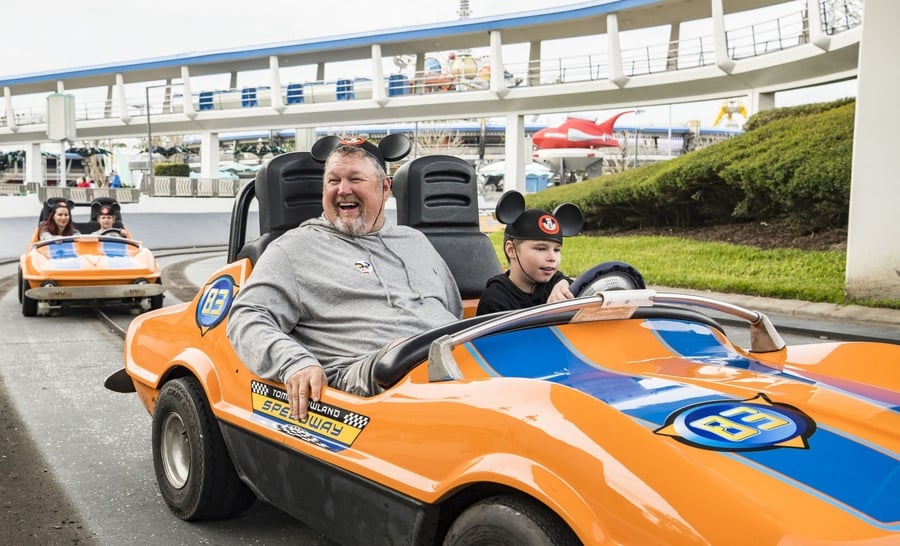 Larry's big break really came in 2000, when fellow comedian and friend Jeff Foxworthy (the two met years earlier on Foxworthy's radio show) invited Larry to join his "Blue Collar Comedy tour". Rounding off the group with Larry and Foxworthy was comedian Bill Engvall. The tour became a monster success. To top it all off, when the tour was released as a live comedy DVD it sold over a million copies. Larry followed this success and newfound fame with his first two comedy albums, "Lord, I Apologize" (2001) and "The Right to Bare Arms" (2005), which were both huge successes and have been certified gold by the RIAA. He released the autobiographical book "GIT-R-DONE" in 2005, which featured an introduction by fellow comedian and his close personal friend, Lewis Black. Then, in 2006, Larry brought the Cable guy to cinemas across the country with "Larry the Cable Guy: Health inspector". A year later, Larry appeared in "Witless Protection". His third comedy album, "Morning Constitutions", and its accompanying TV special were released in 2007. He has also released two Christmas albums, "A Very Larry Christmas" (2004) and "Christmastime in Larryland" (2007).

Larry is a resident of Lincoln, Nebraska, where he lives on a 180-acre farm with his family. He married his wife Cara in July 2005, and together they have two children. His son, Wyatt, suffered from dysplasia as an infant and was treated at the Arnold Palmer Hospital for Children in Orlando, Florida. In September 2010, Larry donated $5 million to the hospital, for the further development of the International Hip Dysplasia Institute there. In addition to his private donations, Larry has also raised money for the hospital through appearances on game shows like "Family Feud" and "Are You Smarter Than a 5th Grader?". In May 2012, the Arnold Palmer Hospital for Children opened a new wing, named the Wyatt Whitney Wing.

In May 2016 Larry paid $3.6 million for a home in Scottsdale, Arizona. He previously owned a home in Sanford, Florida and still owns a property near where he grew up in Nebraska. 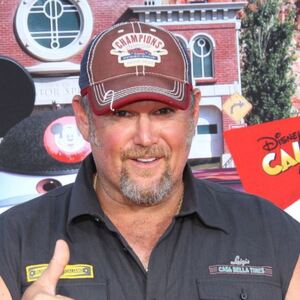