Larry Miller net worth: Larry Miller is an American comedian, actor, columnist, and podcaster who has a net worth of $2 million. Larry Miller was born in Valley Stream, New York in October 1953. He has more than 130 acting credits to his name and starred as Jerome Nash on the television series Life's Work from 1996 to 1997.

Miller provided the voice of Pointy-Haired Boss for the TV series Dilbert from 1999 to 2000. From 2000 to 2001 he provided the voice of XR for the series Buzz Lightyear of Star Command. From 2009 to 2010 he starred as Walter Stratford on the television series 10 Things I Hate About You. Miller has had recurring roles on the TV series The Pursuit of Happiness, Dream On, Mad About You, 8 Simple Rules, Boston Legal, Gravity, and more. Miller has appeared in the movies Pretty Woman, Almost an Angel, Undercover Blues, The Nutty Professor, Runaway Bride, 10 Things I Hate About You, The Princess Diaries, Get Smart, and many more. Miller married Eileen Conn in 1993. 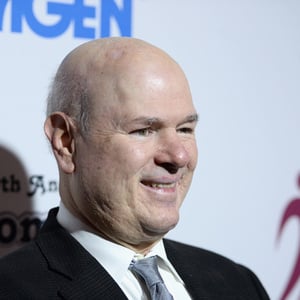