What is Larry David's net worth?

Larry David is an American comedian, writer, actor, director and television producer. As of this writing, Larry David has a net worth of $400 million. He is best known for creating the comedy shows "Seinfeld" and "Curb Your Enthusiasm." Through these two shows, Larry has been producing a successful comedy show continuously since 1989.

Larry earned the majority of his net worth thanks to his ownership stake in the backend syndication royalties generated by "Seinfeld." By the time the show was sold into syndication, Larry and co-creator Jerry Seinfeld each owned 15% of the show's backend equity. Much more on this later in the article.

Larry was born in Brooklyn on July 2, 1947 to Rose and Mortimer "Monty" David. He has an older brother named Ken. His family is Jewish. Larry attended Sheepshead Bay High School then the University of Maryland.  While in college, he was a member of the  Tau Epsilon Phi fraternity. In college, he realzed he made people laugh just by being himself. He graduated with a bachelor's degree in history. After college, David enlisted in the United States Army Reserve and held various odd jobs including working as a store clerk and a limo driver, while also practicing his stand-up at night. From 1980 to 1982 he was a writer and cast member on the ABC sketch show "Fridays." He was then a writer for "Saturday Night Live" from 1984 to 1985. He famously only got one of his sketches on the air while at "SNL," which aired at 12:50 AM, the last time slot on the show. He worked with future "Seinfeld" stars Michael Richards on "Fridays" and Julia Louis-Dreyfus on "SNL."

In 1989 Larry teamed up with Jerry Seinfeld to create a pilot for NBC which was originally titled "The Seinfeld Chronicles." The name was eventually shortened to "Seinfeld." Larry was the co-creator and executive producer of "Seinfeld." The show was on the air from 1989 to 1998 with 180 episodes. Larry wrote 62 episodes of "Seinfeld," including the iconic episode "The Contest." David's work on the show won him two Primetime Emmy Awards in 1993, for Outstanding Comedy Series and Outstanding Individual Achievement in Writing in a Comedy Series for "The Contest." Seinfeld is one of the most successful shows in television history, reaching the top of "TV Guide's" list of the 50 greatest TV shows of all time. "Entertainment Weekly" ranked it the third-best TV show of all time.

Creation of Curb Your Enthusiasm

David gained further recognition for the HBO series "Curb Your Enthusiasm," which he created and starred in as a semi-fictionalized version of himself. David wrote or co-wrote every episode of the series since its pilot episode in 1999. The show has been nominated for 30 Primetime Emmy Awards. It has won one Emmy and one Golden Globe Award. On Wednesday, June 2, 2010, the series premiered on the "TV Guide Network", making its network television debut. The show's 10th season premiered in 2020. 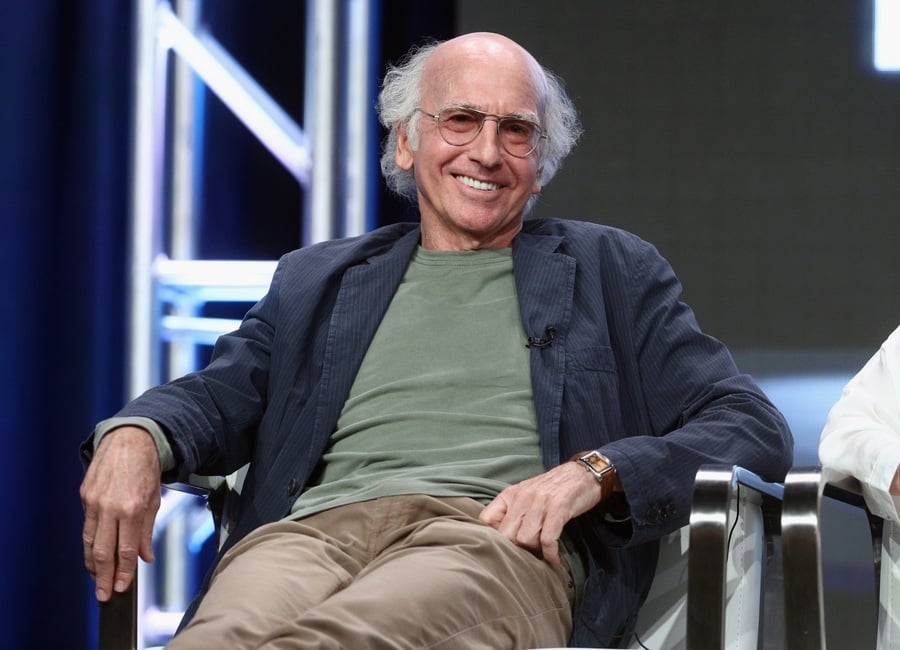 As you might assume, Larry earned the vast majority of his net worth thanks to his association with the massively successful "Seinfeld." From the outset of the show, Larry and Jerry each owned 7.5% of the show's backend equity points. At the peak of the show's success in the mid-1990s, the duo negotiated a deal with NBC that boosted their points to 15% apiece. Part of that boost also came from Larry and Jerry buying out an equity owner who was looking to cash out. The show was first syndicated in 1998. That first deal generated $1.7 billion in revenue, giving Larry and Jerry each a $250 million windfall. In an average year, he makes $40-50 million between syndication, DVD sales, merchandise, and other platform royalties. In some years that number can be much higher. In 2015 Larry earned a total of $80 million after Hulu paid $180 million to acquire Seinfeld's streaming rights, giving both Larry and Jerry an extra $30 million. In the last two decades, Seinfeld has generated well over $4 billion in syndication revenue, roughly $17 million per episode. As of this writing, Jerry and Larry have both earned at least $800 million from "Seinfeld" between salary, DVD, merchandise, and syndication deals.

When "Seinfeld" sold to Netflix for $500 million in September 2019, both Larry and Jerry earned $75 million.

In the summer of 2017, PBS's "Finding Your Roots" discovered through genealogical research that David and Bernie Sanders are distantly related.  The comedian explained that Sanders is "a third cousin or something." This was quite a coincidence considering that Since 2015, David made multiple guest appearances portraying Bernie Sanders on "Saturday Night Live."

David is an atheist and has said that religion should be ridiculed.

Salary and Net Worth Details

Unfortunately, Larry's net worth took a pretty large hit after his divorce from ex-wife Laurie in 2007. Larry reportedly paid Laurie 50% of his net worth at the time. That resulted in a $200-300 million settlement that includes future syndication income from both "Seinfeld" and "Curb Your Enthusiasm."

In 2014, Larry David sold a home in LA's Pacific Palisades neighborhood for $12 million. The home has seven bedrooms and 10 baths, with a master bedroom that includes a deck overlooking the ocean, a grassy backyard, and a pool. The property features a large guest house, multiple fireplaces, living room, family room, and dining room. He continues to own a home in the same area that he purchased around 2006 for $10.35 million. He owns at least two other homes in the Palisades.

In February 2022 Larry paid $5.7 million for a home in Montecito, California. For some reason he sold this home less than a year later for $6.9 million. Here's a video tour of this home from September 2021:

In September 2022 Larry closed on a new Montecito mansion, this one setting him back $7.6 million.

In 2004 he bought a modest, but beautiful property on Martha's Vineyard.