Kyle Dunnigan net worth: Kyle Dunnigan is an American comedian who has a net worth of $2 million. Kyle Dunnigan is a popular social media celebrity on YouTube. As an actor he was a series regular on the television series Cedric the Entertainer Presents in 2003. In 2009 he starred on the TV series Howie Do It. Dunnigan starred as Craig Pullin on the series Reno 911! from 2003 to 2009. From 2013 to 2016 he appeared on the television series Inside Amy Schumer. Kyle Dunnigan has appeared in the movies Spanish Fly, Reno 911!: Miami, Trainwreck, and Don't Worry, He Won't Get Far on Foot. As a comic he has appeared on episodes of the TV series The Jim Brueur Show, Late Night with Conan O'Brien, Jimmy Kimmel Live!, The Late Late Show with Craig Ferguson, Comedy Central Presents, Late Night with Seth Meyers, and more. He has released the albums Wait, There's More… in 2009 and Craig's All Star, Rockin' Christmas, You Guys! in 2013. Dunnigan was a member of the Groundlings Sunday Company and dated Sarah Silverman from 2011 to 2013. He won a Primetime Emmy Award in 2015 for Outstanding Original Music and Lyrics for Inside Amy Schumer. 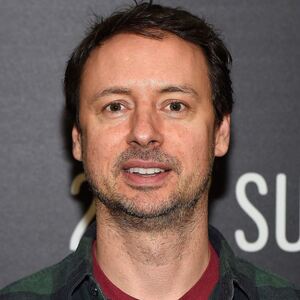