Early Life: Kevin Nealon was born on November 18, 1953, in St. Louis, Missouri. He grew up in a Catholic household with mother Kathleen, father Emmett (an aircraft company executive), and four siblings. The family relocated to Bridgeport, Connecticut, a few months after Kevin's birth, then moved to Germany six years later and lived there for four years. Nealon attended St. Joseph High School in Connecticut, and after graduating in 1971, he enrolled at Sacred Heart University, where he earned a bachelor's degree in marketing. Kevin later took night courses and played on the football team at Fairfield University. When he was 13, Nealon began playing guitar at parties, and after becoming interested in comedy in high school, he would personalize jokes by comedians like Rodney Dangerfield and tell them at parties. He eventually "got invited to parties just to tell jokes and entertain people."

Career: Kevin moved to San Diego in 1977, then Los Angeles, and he honed his craft while bartending at the Improv comedy club. After doing stand-up for six years, he appeared on "The Tonight Show Starring Johnny Carson" in 1984 and ended up becoming a regular on the show as well as "Late Night with David Letterman." He made his acting debut in a 1985 episode of "Scarecrow and Mrs. King," and when "Saturday Night Live" recruited Nealon's friend Dana Carvey in 1986, Dana recommended Kevin, and they both joined the cast. Nealon stayed on the show for nine seasons, serving as a "Weekend Update" anchorman from 1991 to 1994 and playing recurring characters such as Mr. Subliminal and Franz of Hans and Franz. While starring on "Saturday Night Live," Nealon also appeared in the films "Roxanne" (1987), "All I Want for Christmas" (1991), and the "SNL" spin-off movie "Coneheads" (1993). Between 1993 and 1996, Kevin guest-starred on three episodes of "The Larry Sanders Show," and in 1996, he appeared in "Happy Gilmore" and played Marty Heslov on the ABC sitcom "Champs."

From 2009 to 2011, Nealon voiced the title role on the Nick at Nite stop-motion animated series "Glenn Martin, DDS," and he appeared in the films "Aliens in the Attic" (2009), "Just Go with It" (2011), and "Bucky Larson: Born to Be a Star" (2011) and had a recurring role as Stephen Redford on Fox's "'Til Death" (2010). He appeared in the 2014 films "Small Time," "Walk of Shame," and "Blended," and in 2016, he played photographer Gary Sikes in "Popstar: Never Stop Never Stopping" and was cast as Don Burns, the brother of Matt LeBlanc's Adam Burns, on the CBS sitcom "Man with a Plan," which aired 69 episodes over four seasons. In 2018, Kevin appeared in the film "Father of the Year," and he competed on "Celebrity Wheel of Fortune" in 2021, winning more than $47,000 for the Nashville charitable organization The Store. He has done voice acting in numerous projects, including "Dr. Katz, Professional Therapist" (1996), "Crank Yankers" (2003; 2019-2020), and "Family Guy" (2020). Nealon is also a talented caricature artist, and he shares his paintings and sketches on Instagram under the handle @kevinnealonartwork. 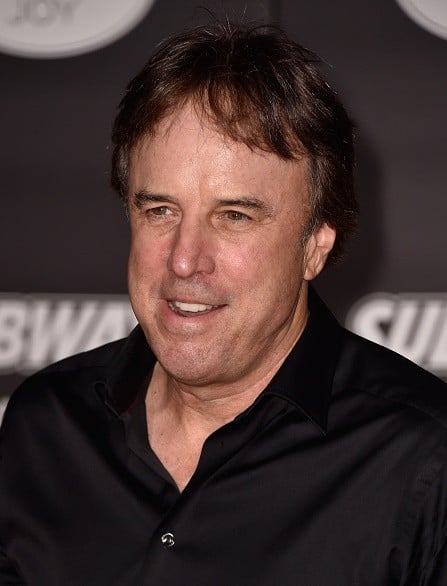 Personal Life: When Kevin was hired by "Saturday Night Live," he was in a relationship with Jan Hooks, who was hired at the same time. Their relationship ended after the show's first season, and Nealon married model/stuntwoman Linda Dupree in 1989. Kevin and Linda divorced in 2002, and on September 3, 2005, Nealon wed actress Susan Yeagley, who is best known for playing Jessica Wicks on "Parks and Recreation." The couple welcomed son Gable on January 29, 2007. Kevin became a vegan in 1989 and has supported several animal welfare organizations, including PETA, Farm Sanctuary, and the Washington Wildlife Alliance. Kevin holds dual citizenship between the U.S. and Ireland due to his Irish ancestry.

In February 2006, Nealon wrote an opinion article entitled "Don't Stop Bugging Me" for "The New York Times" about having his phone tapped by private investigator Anthony Pellicano, who was convicted of illegal wiretapping, racketeering, and other crimes in 2008. A separate court case later revealed that Kevin may have also been targeted for wiretapping by investigators that were working for Ringling Brothers and Barnum & Bailey Circus as a result of his support of animal rights groups. In early 2021, Nealon's house was robbed while he and his wife were out of town, and the thieves stole more than $100,000 worth of jewelry and other belongings, including a necklace that held some of Garry Shandling's ashes. Kevin joked on "The Ellen DeGeneres Show," "The weird thing is he gave me the ashes before he died. That's kind of strange. 'Cause, you know, he's very prepared." 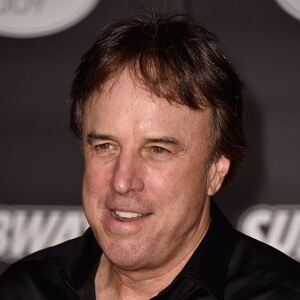