What is Kevin James' Net Worth and Salary?

Kevin James is an American comedian, actor, writer, and producer who has a net worth of $100 million. He first became a household name with his role as the character Doug Heffernan on the CBS sitcom "The King of Queens" (1998-2007), and gained further popularity with his many comedy films.

For the middle seasons of the show's run, Kevin's salary per episode on "The King of Queens" was $300,000. For the final seasons he earned $400,000 per episode. As an executive producer and owner of a percentage of the show's backend equity, he has earned north of $50 million on syndication deals to date.


Kevin George Knipfing was born in Mineola, New York, on April 26, 1965. He is best known by his professional name, Kevin James. James grew up in Stony Brook, New York, with his brother, fellow comedian and actor Gary Valentine, and their sister Leslie. His mother Janet worked as an office worker, and his father, Joseph Valentine Knipfing Jr., was an insurance agency owner. James graduated from Ward Melville High School, where he was a member of the wrestling team. He continued his education at the State University of New York at Cortland. While at college, a back injury received when he played on the varsity football team ended his sporting career.

James made his stand-up comedy debut in 1989 at the East Side Comedy Club on Long Island. He was managed by Richie Minervini. As his popularity grew, he landed appearances on talk shows like "The Tonight Show with Jay Leno", "Late Show with David Letterman", "Late Night with Conan O'Brien", "Dennis Miller Live", "The Late Late Show", "The Rosie O'Donnell Show", "The Ellen DeGeneres Show", and "Live with Regis and Kathie Lee".

Utilizing his comedy timing and improvisational skills from stand-up comedy, he landed his first television job in 1991 on "The New Candid Camera". He was an actor responsible for pulling practical jokes on unsuspecting people. Between 1994 and 1996, he worked as the announcer for MTV sports game show "SandBlast". After moving to Los Angeles and befriending Ray Romano, he guest-starred on several episodes of Romano's CBS sitcom "Everybody Love Raymond". He landed the opportunity to develop his own sitcom, and the resulting show "The King of Queens" ran on CBS from September 1998 to May 2007. On it, he played the working class parcel delivery man Doug Heffernan that lives in Queens, New York. For his work on the show's eighth season, James was nominated for a Primetime Emmy Award for Outstanding Lead Actor in a Comedy Series in 2006.

He also appeared in the ensemble comedy "Grown Ups" (2010), which was a box office success despite negative critical reviews, and the 2013 sequel "Grown Ups 2". James continued his comedy film work with "The Dilemma" (2011), co-starring Vince Vaughn; "Zookeeper" (2011), which he also wrote and produced; "Here Comes the Boom", which he produced; and "Pixels" (2015). He has also starred in films produced by the online streaming giant Netflix, such as "True Memoirs of an International Assassin" (2016) and "Sandy Wexler" (2017). 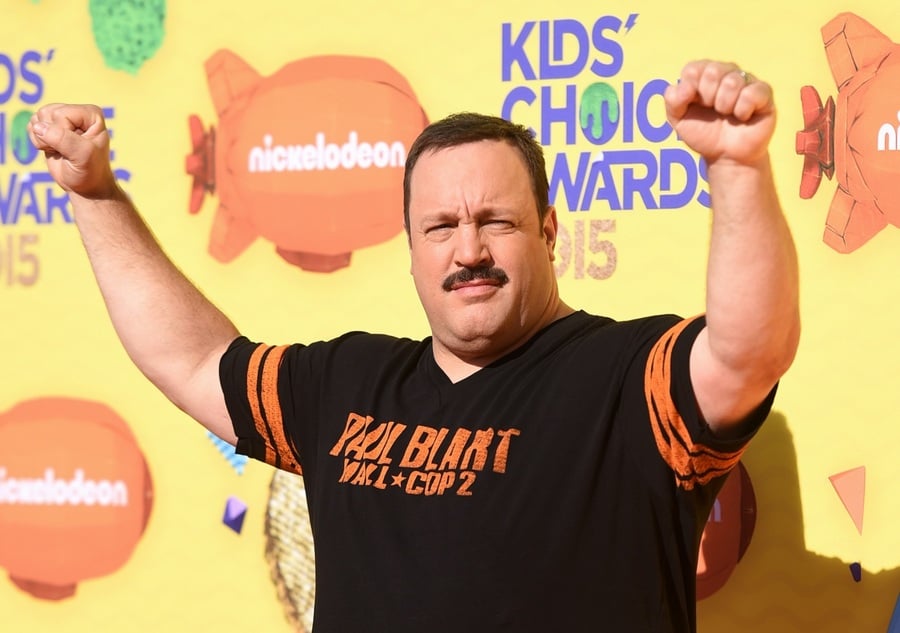 While promoting his film "I Now Pronounce You Chuck & Larry" in 2007, James served as the grand marshal for the Pepsi 400 NASCAR Cup Series stock car race. He repeated this role in 2010 while promoting "Grown Ups", in 2012 at the fall Talladega race to promote "Here Comes the Boom", and in July 2013 at the Coke-Zero 400 to promote "Grown Ups 2".

In July 2009, the web series "Dusty Peacock" debuted and began streaming on Crackle. It was produced by James, and starred his brother Gary Valentine.

James married actress Steffiana de la Cruz in California on June 19, 2004. The couple first met in 2001 on a blind date. Together, they have four children.

In 2012, Kevin and Steffiana paid $18.5 million for a lavish oceanfront home in Delray Beach, Florida. A year later they paid $4.25 million for the empty lot next door to create an absolutely ridiculous compound. They listed the nearly 3-acre property for sale in 2016 for $29 million, without finding a taker. As of this writing they are still the owners. Annual property taxes on the compound come to right around $500,000.

Kevin previously owned a couple homes in Los Angeles, the most notable he sold in 2013 for $5.5 million. 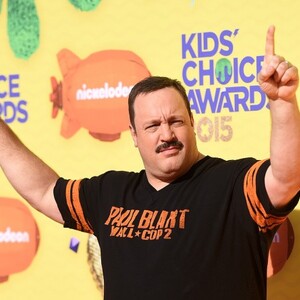