Kevin Heffernan was born May 25, 1968 in West Haven, Connecticut. Heffernan is a graduate of Fairfield College Preparatory School and later Colgate University. At Colgate he was part of comedy group Charred Goosebeak with the other future members of Broken Lizard. Heffernan is also a graduate of Brooklyn Law School. After graduating they reunited in New York City where they formed under the new name "Broken Lizard". They performed at various comedy clubs and improv theaters while writing in their free time. In 1996 they made the self-funded short film Puddle Cruiser which was accepted at the Sundance Film Festival the following year. In 2001 they self-funded the movie Super Troopers which went on to earn $23.5 million on an original budget of $1.5 million.

He is best known for his role of Vermont State Trooper Rod Farva in Super Troopers, as Landfill and Gil in Beerfest, and for his co-starring role in the Dukes of Hazzard movie as Sheev. He has also appeared on How I Met Your Mother (episode: I'm Not That Guy), Curb Your Enthusiasm, Veep, and Arrested Development. He s the brother of Patrick R. Heffernan, known for his work on Spider-Man, Into the Wild and Law & Order: Special Victims Unit. 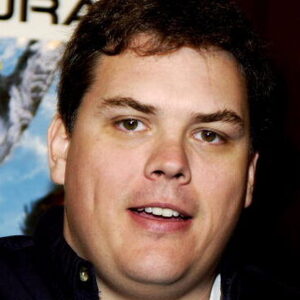