How much is Kevin Hart Worth?

Kevin Hart net worth: Kevin Hart is an American comedian, producer, spokesman, and actor who has a net worth of $200 million. Kevin is one of the highest-paid entertainers in the world. For example, between August 2015 and August 2016, Kevin earned $90 million from touring, movies, merchandise, endorsements, and more. Between June 2017 and June 2018 Kevin made $60 million. He earned another $60 million between June 2018 and June 2019. In the following 12 month period, he earned $40 million.

Early Life: Kevin Hart was born on  July 6, 1979, in Philadelphia, Pennsylvania. Kevin and his older brother Robert were raised by their mother Nancy. She worked for the University of Pennsylvania as a systems analyst in the Office of Student Registration and Financial Services. Hart graduated from George Washington High School. He attended the Community College of Philadelphia for a bit, but dropped out to move to New York City and eventually the Boston area. He worked as a shoe salesman.

Career: Hart found his way into comedy after performing at an amateur night at a Philadelphia-area club. His first gig was at The Laff House in Philadelphia. He was not an immediate success. In fact, Hart was booed off the stage a number of times. At this early point in his career, he was trying to imitate other comedians, including Chris Tucker. Eventually, he realized that was not working and re-worked his act.

In April 2015, Hart kicked off his "What Now?" Tour in Texas. In July of that same year,  Universal Pictures announced that "Kevin Hart: What Now?," would be theatrically released on October 14, 2016.

Success: Hart's first success came after he appeared on Comedy Central with "I'm a Grown Little Man" and "Seriously Funny." From there he landed roles and earned wider recognition in films such films as "The 40-Year-Old Virgin," "Soul Plane," and "Little Fockers." Since then, Kevin has appeared in dozens of film and TV shows while still maintaining one of the most rigorous national comedy touring schedules around. As of this writing, his films have generated more than $1.3 billion at the global box office. Other notable films include "Jumanji: Welcome to the Jungle" (and a 2019 Jumanji sequel), "The Secret Life of Pets" (which also had a 2019 sequel), and "Central Intelligence."

Other Ventures: In 2017 Kevin launched an underwear line with Tommy John. In 2018, Kevin launched a comedy streaming service called Laugh Out Loud. The network also includes a radio show on Sirius Satellite Radio. To date, the LOL network has generated hundreds of millions of video views. He has endorsement deals and/or partnerships with brands including Samsung, Wrangler, AT&T, and Mountain Dew.

Kevin has embarked on several extremely prolific comedy tours. His "What Now?" tour had 168 shows around the world between April 2015 and August 2016. His "Irresponsible Tour" consisted of 119 shows between September 2017 and January 2019. He earns around $70 million from touring alone during a tour year. 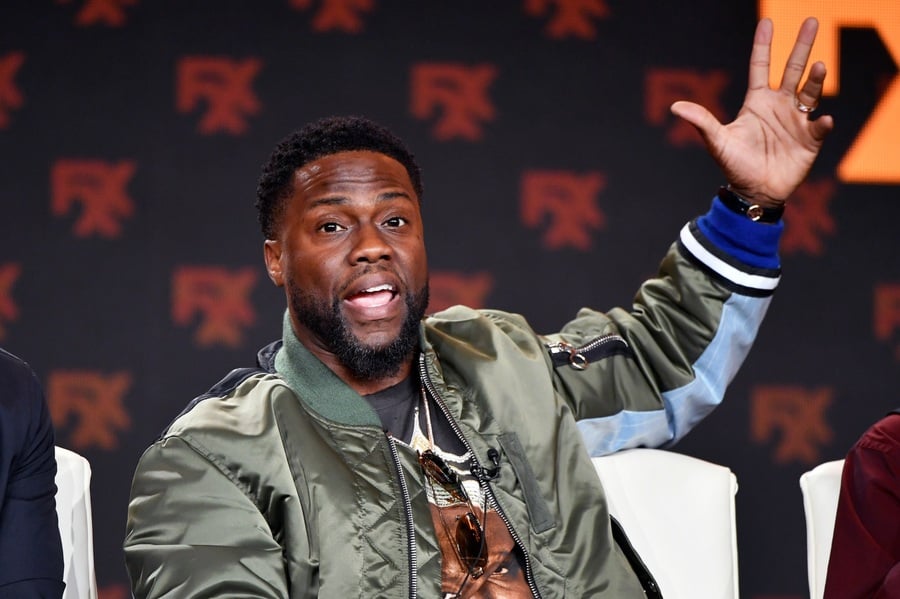 Personal Life: Kevin was married to a fellow comedian named Torrei Hart from 2003 to 2010. They had two children together but ultimately separated. Hart requested joint custody of their two children, daughter Heaven Leigh, born in 2005, and son Hendrix, born in 2007. The divorce was finalized in November 2011.

On August 13, 2016 Hart and Eniko Parrish married in Santa Barbara, California. Their son Kenzo Kash was born in November 2017. A month after Kenzo's birth, Hart admitted to cheating on Eniko while she was pregnant. Their daughter Kaori Mai was born in September 2020.

Kevin has mentioned in his standup act that he has a difficult relationship with his father. His father, Henry Witherspoon, was a hardcore cocaine addict for many years which put a strain on both their relationship and Kevin's childhood. His father was in and out of prison throughout his childhood. Kevin developed his sense of humor as a coping mechanism to take his family's mind off the trials and tribulations of their addict father. He speaks lovingly of his mother in the act, but unfortunately, she died of cancer in 2006.

In April 2013, Hart failed a field sobriety test after his car almost hit a tanker truck on a Los Angeles freeway. He was booked for misdemeanor DUI. In August of that same year he was sentenced to three years probation.

In August 2019, Kevin was involved in a car wreck that left him with serious injuries. Kevin was the passenger when a friend drove a 1970 Plymouth Barracuda off a road in Malibu into a ditch.

Real Estate: In 2012 Kevin spent $1.99 million on a house in Tarzana, California. He sold this home for $2.75 million in mid-2019. Today Kevin's primary residence is a large mansion within a gated community in Calabasas, California. He bought the 26-acre plot of undeveloped land in 2015 for $1.35 million. Over the next two years, he planned and waited for approval to build a home on the property. He finally gained approval in April 2017 and proceed to spend $5 million on an absolutely stunning compound. The primary house on the property is 9,600 square feet in the Spanish villa style. 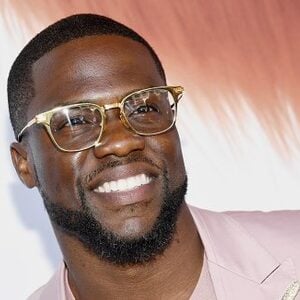