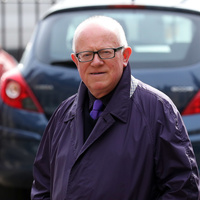 Ken Morley net worth: Ken Morley is an English actor and comedian who has a net worth of $4 million. Ken Morley was born in Chorley, Lancashire, England, United Kingdom in January 1943. Morley is best known for playing the roles of Reg Holdsworth on the TV series Coronation Street and of General Leopold von Flockenstuffen on the TV series 'Allo 'Allo!. He started off his career in the 1966 movie Alfie. Morley starred as General Leopold von Flockenstuffen on the television series 'Allo 'Allo! from 1988 to 1991. He starred as Reg Holdsworth on the series Coronation Street from 1989 to 1995. From 2003 to 2004 he starred as Rex on the TV series Hardware. Morley has also appeared in epidotes of the TV series The Fall and Rise of Reginald Perrin, Funny Man, For 4 Tonight, Smith & Jones, All Passion Spent, Bulman, The Return of the Antelope, Chelmsford 123, Les Girls, Watching, You Rang, M'Lord?, KYTV, Woof!, Red Dwarf, The Grand, Coronation Street: After Hours, Sooty, and Benidorm. He has competed on Celebrity Fit Club in 2005 and Celebrity MasterChef in 2014. Ken was an avid car collector but has sold his collection. Morley is featured as a contestant on the 2015 season of Celebrity Big Brother. Celebrity Big Brother 15 debuted in January 2015 on Channel 5 in the United Kingdom.