Ken Dodd net worth: Ken Dodd was an English comedian, actor, and singer-songwriter who had a net worth of $10 million. Ken Dodd was born in Liverpool, Lancashire, England in November 1927. He has become known for his features including his teeth and hair and his red, white, and blue tickling stick.

Dodd mostly worked in the music hall tradition. He starred in the television series Doddy's Music Box, The Ken Dodd Show, World of Laughter, The Ken Dodd Laughter Show, The Good Old Days, and A Question of Entertainment. Dodd's single "Tears" reached #1 in the UK and sold more than 1.5 million copies to become the 33rd best-selling single of all time in the United Kingdom. Beloved across Britain, Dodd sold millions of record worldwide and was still touring with his comedy and music show right up to his death. In 1993 he received a British Comedy Award for Lifetime Achievement. He received a knighthood at Buckingham Palace in 2017. Kenn Dodd died on March 11, 2018 at the age of 90. 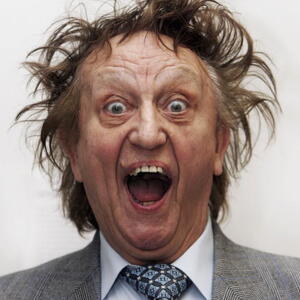