Ken Berry net worth and salary: Ken Berry was an American actor, dancer, and singer who had a net worth of $4 million at the time of his death in 2018. Ken Berry was born in Moline, Illinois in November 1933. He started tap dancing and won a local talent competition at 15 years old and toured the U.S. and Europe with The Horace Heidt Youth Opportunity Program.

He entered the United States Army and won a base talent contest leading him to appear on the TV series Soldier Parade. From 1960 to 1961 Berry starred on the TV series The Ann Sothern Show as Woody. He starred as Dr. John Kapish on the series Dr. Kildare from 1961 to 1964. From 1965 to 1967 he starred as Capt. Wilton Parmenter in the TV series F Troop. From 1968 to 1971 he starred as Sam Jones on the series Mayberry R.F.D. which was a reprisal of his role from The Andy Griffith Show. Berry starred as Vinton Harper on the series Mama's Family from 1983 to 1990. Berry also starred in many theater roles. His solo studio album Ken Berry RFD was released in 1970. Ken Berry died on December 1, 2018 at the age of 85. 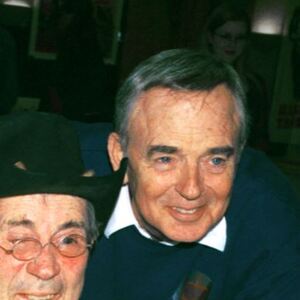