What is Kathy Griffin's net worth and salary?

Kathy Griffin is an American actress and comedian who has a net worth of $40 million dollars. Kathy Griffin first starting breaking through thanks to roles on the sitcoms "Seinfeld" and "Suddenly Susan". She is also notable for being the star of the two-time Emmy-winning reality series, "Kathy Griffin: My Life on the D-List".

During her 30+ year career Kathy herself estimates that she has earned north of $75 million from her various endeavors. In an interview in late 2018 Kathy Griffin revealed her personal estimation of her net worth to be around $32 million, somewhat depending on the value of her real estate holdings.

Born November 4, 1960 in Oak Park, Illinois, Kathleen Mary Griffin grew up in the Chicago suburb of Oak Park, Illinois. Kathy is one of five children born to first generation Irish-Americans Mary and John Patric Griffin. Griffin's brother Gary and her sister Joyce both tragically passed away from cancer. Her eldest brother Kenny was a drug addict and homeless and was violently and sexually abusive towards Kathy. During high school she sought refuge in musical theater, starring in productions of "How to Succeed in Business Without Really Trying" and "Fiddler on the Roof." She decided she wanted to become a professional actor when she was a senior and appeared as an extra on a Chicago White Sox commercial, after which she was signed with several Chicago talent agencies.

Griffin moved to Los Angeles in 1978, at age 18, and studied drama at the Lee Strasberg Theatre and Film Institute. Here she became a member of the improvisational comedy troupe The Groundlings. She began performing standup comedy and became part of the alternative comedy scene in Los Angeles. Along with Janeane Garofalo, Griffin started a stand-up night called "Hot Cup of Talk," (which became the title of her 1998 solo HBO special.)

In the 1990s, Griffin started landing guest-starring roles on various TV shows. She appeared in Showtime's "Medusa: Dare to Be Truthful" and made her television sitcom debut on "The Fresh Prince of Bel-Air." She also appeared on "Law & Order: Special Victims Unit" and "Glee." From 2005-2010, Griffin starred in her own reality show,  "Kathy Griffin: My Life on the D-List," which followed her quest to climb the Hollywood ladder.

Kathy worked as a host on "The View" in 2007. She has hosted several Bravo specials and published her memoir, "Official Book Club Selection: A Memoir According to Kathy Griffin,", which debuted at No. 1 on the New York Times Best Seller List, in 2009. That same year, she was hired as the host ABC's "Let's Dance" and hosted CNN's New Year's Eve broadcast with Anderson Cooper and continued to co-host the show until 2017 when her contract was terminated. Kathy launched a world comedy tour in 2017, "Laugh Your Head Off", and visited major cities in the UK, Europe, Asia, Australia, Singapore, and many other cities. Several shows sold out within minutes of going on sale. She commenced the tour in May 2018 with a North American leg.

During her career, Kathy has released several comedy albums. Each of her first six albums received Grammy Award nominations. After six Grammy Award nominations and no wins, Griffin finally won a Grammy in 2014 for Best Comedy Album. She is now one of only three women to ever win that category (the other winners are Whoopi Goldberg and Lily Tomlin). 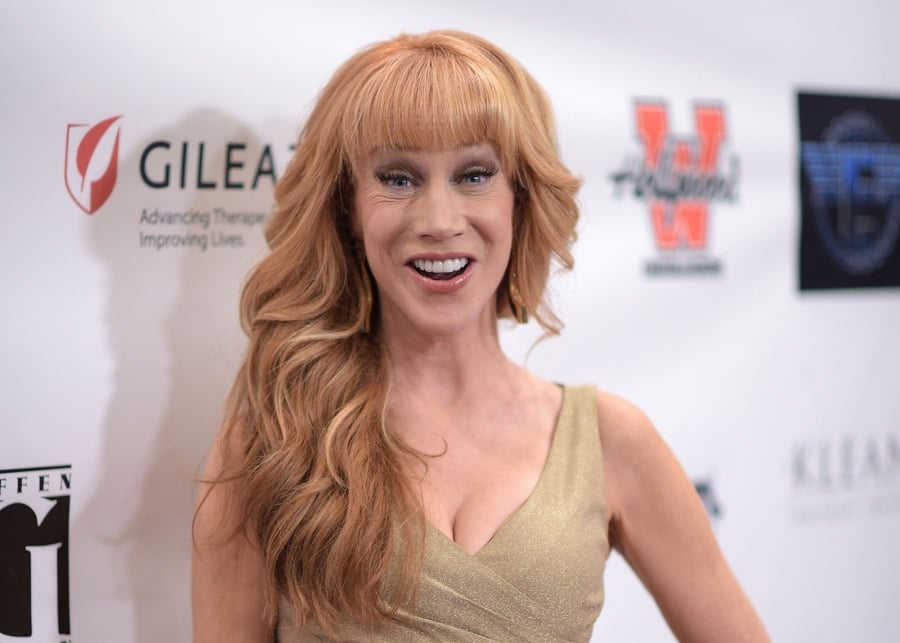 Griffin was banned from appearing on several TV shows including "The Tonight Show with Jay Leno" and "The View" due to her controversial humor. Due to a controversial acceptance speech when she won an Emmy for season two of "My Life on the D List" in 2007, she was fired from an appearance on Disney's "Hannah Montana" show. Griffin was banned from New York's Apollo Theatre when she used profanity in an Octomom joke during her routine there.

On May 30, 2017, Griffin posted a video of herself to her Twitter and Instagram accounts holding "a mask styled to look like the severed, bloody head" of President Donald Trump. She later took down the image and apologized. In May 2017, Griffin was dropped from her gig as a spokesperson for Squatty Potty due to the photograph. As a result of the photos, she was also under federal investigated by the Justice Department for two months and was put on the No Fly List during that time, as well as on the Interpol and Five Eyes list, and had been detained at every airport during her "Laugh Your Head Off" (a reference to the infamous Trump photograph) world tour.

In 2001, Griffin married Washington D.C. native Matt Moline. The marriage lasted until 2006. On an episode of "Larry King Live", Griffin accused her husband of stealing $72,000 from her. Griffin was romantically linked to Apple co-founder Steve Wozniak when they attended the 2007 Emmy Awards together. The couple confirmed their involvement in early 2008, and by June 2008 it was confirmed that they were no longer dated. In 2011, Griffin announced on Howard Stern's radio show that she was romantically involved with actor and former NFL practice-squad player Isaiah Mustafa. Griffin also says she was in a four-year, private relationship with a man she would not publicly identify—saying only that he was a "regular guy with a regular job" and it was a "messy breakup." It was later revealed that the mystery man was Griffin's tour manager, who had appeared on several seasons of "My Life on the D List." Griffin was in a relationship with marketing executive Randy Bick from 2012-2018. The pair reconciled in April 2019 and were married in January 2020 in a ceremony officiated by comedian Lily Tomlin.

Griffin is an advocate for LGBT (Lesbian Gay Bi-sexual Transgender) rights and causes. She is known for her 'conversational' type humor on such subjects like celebrities, religion and sexuality. Her comedic influences are Joan Rivers and Don Rickles. 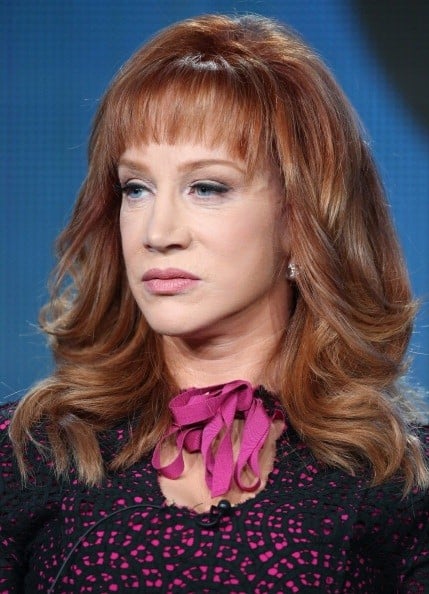 In November 2018 she sold one of her homes, a five-bedroom property in the Hollywood Hills for $4.49 million. That's $1 million shy of the original listing price but a good chunk more than the $2.85 she paid for the house a decade earlier.

Kathy sold the home in December 2020 for $14 million. The buyer was revealed to be Lilly Ghalichi. Lilly first became famous as one of the stars of the reality TV show "Shahs of Sunset". She later earned a fortune thanks to "Lilly Lashes", an eyelash company that reportedly generates $15+ million per year in revenue.

Around the time of her Bel Air sale, Kathy plunked down $9 million on a newly-constructed modern Malibu mansion on two acres. 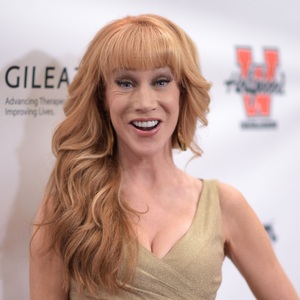