Kapil Sharma Net Worth: Kapil Sharma is an Indian stand-up comedian, singer, and television personality who has a net worth of $10 million. Kapil Sharma was born in April 1983 in India. He hosted the comedy show Chhote Miyan and Jhalak Dikhla Jaa in season six. Sharma was a wild card entry in the 2009 comedy reality show Hans Bailye.

He has also competed on the shows The Great Indian Laughter Challenge, Comedy Circus, and Star Ya Rock-star. Kapil won Comedy Circus Ke Superstars. He won the Entertainer of the Year Award at the 2013 CNN-IBN Indian of the Year Awards. Sharma was named Brand Ambassador by the Delhi election commission at the 2014 Los Sabha election. Sharma signed on to make his film debut in the film Bank Chor but opted out. Since 2013 he has starred in, produced, written, and composed the TV series Comedy Nights with Kapil. For the show he won a BIG Star Entertainment Television Award for Most Entertaining TV Series – Non Fiction in 2013. Sharma was named #96 in the top 100 celebrities in 2013 by Forbes India. 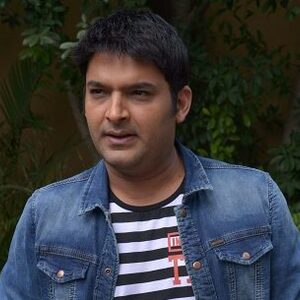