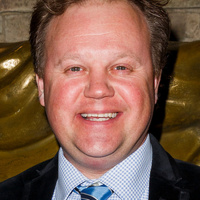 Justin Fletcher net worth: Justin Fletcher is an English television personality who has a net worth of $1.5 million. Justin Fletcher was born in Reading, Berkshire, England in June 1970. He is best known for being a presenter and actor on the BBC television channel Cbeebies for preschoolers. Fletcher studied drama at the Guildford School of Acting. Since 2009 he has starred in the TV series Gigglebiz. He starred as Timmy in the TV mini-series Famous 5: On the Case in 2008 and has done voice work for the TV series Tweenies in 2002, Boo! from 2004 to 2007, Chop Socky Chooks in 2008, Shaun the Sheep from 2007 to 2010, and Timmy Time from 2009 to 2012. Fletcher has also appeared on the TV series Fun Song Factory, Tikkabilla, BB3B, Higgiedy House, Something Special, Cbeebies Springwatch, and Justin's House. He also voiced the role of Shaun in the Shaun the Sheep Movie in 2015. Fletcher won BAFTA Children's Awards for Best Presenter for Something Special in 2008, 2010, and 2012. In 2008 he was appointed Member of the Order of the British Empire.