Julie Klausner net worth: Julie Klausner is an American author, comedian, podcaster, and writer who has a net worth of $2 million. Julie Klausner was born in New York City, New York in July 1978. She authored the book I Don't Care About Your Band which was released in 2010. She has written for pop culture websites like The Awl and Vulture and published her first young adult novel Art Girls Are Easy in 2013.

Klausner graduated from New York University and studied at the Upright Citizens Brigade and the School of Visual Arts. She has written for the TV series The Big Gay Sketch Show, Welcome to Our House, Best Week Ever with Paul F. Tompkins, Ugly Americans, and Difficult People. She has also starred in several TV series including Sexual Intercourse: American Style, Welcome to Our House, Ugly Americans, Mulaney, and Difficult People. Klausner also has a podcast called How Was Your Week?. 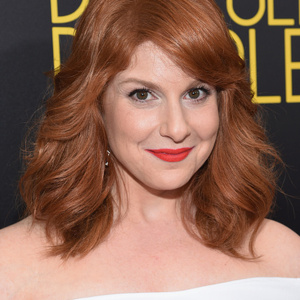