Julia Sweeney net worth: Julia Sweeney is an American actress, comedian, and author who has a net worth of $2 million. Julia Sweeney was born in Spokane, Washington in October 1959. Sweeney worked as an accountant for Columbia Pictures and United Artists. She became part of the improvisational comedy troupe The Groundlings.

Sweeney starred in the television series On the Television in 1990. From 1990 to 1994 she starred as a cast member on Saturday Night Live and offended Hillary Clinton with her impression of Chelsea Clinton. From 2001 to 2002 Julia starred as Mary Krupp-Stage in the TV series Maybe It's Me. She has also done voice acting for the TV series Baby Blues, Teamo Supremo, The Goode Family, and Family Guy as well as for the movie Monsters University. Sweeney won a CableACE Award in 1996 and an Audience Award at the New York Comedy Festival in 1998. She was nominated for four Razzie Awards for starring in the 1994 movie It's Pat. 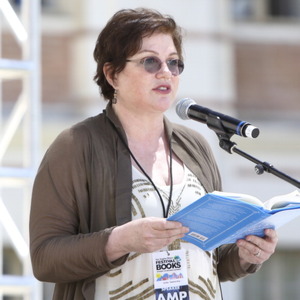