Judy Tenuta net worth: Judy Tenuta is an American actress, comedian, author, and producer who has a net worth of $4 million. Judy Tenuta was born in Oak Park, Illinois in November 1956. She is known for her brash persona which includes insult comedy and self-promoting herself as the "Love Goddess".

In 1986 she appeared on the British television comedy series Saturday Live. In the late 1980s Tenuta made appearances with her favorite female comedian Joan Rivers. She had her first HBO special Women of the Night in 1987 and toured with George Carlin. In 1988 Tenuta was the "Spokes-Goddess" in a series of Diet Dr. Pepper commercials. She authored her first book The Power of Judyism in 1991. Tenuta has released the comedy albums Buy This, Pigs!, In Goddess We Trust, UnButtPlugged, Attention, Butt Pirates and Lesbetarians – Live at CSW, and A Space Goddessy. As an actress she had a recurring role as Madame Judy the Psychic on The Weird Al Show in 1997. Tenuta has also starred in the films Deep Throat Part II, Love Bites, Butch Camp, Plump Fiction, Desperation Boulevard, 10 Attitudes, Material Girls, Hanging in Hedo, Going Down in LA-LA Land, Sister Mary, First Period, and Monsters on Main Street. In 1988 Tenuta won an American Comedy Award for Comedy Club Stand-Up Comic – Female. 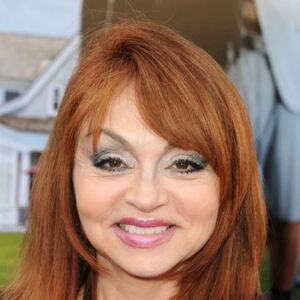