Joy Behar Net Worth and Salary: Joy Behar is an American comedian, writer, actress, and co-host who has a net worth of $30 million. She is perhaps best known for co-hosting The View on ABC. In addition, Behar has hosted a number of other shows on various networks. She is also a frequent stage actress and an established writer whose works typically involve political commentary.

Salary: Joy Behar is paid a salary of $7 million per year for co-hosting The View.

Early Life: Josephine Victoria Occhiuto was born on October 7th of 1942 in Brooklyn, New York. Josephine was raised as the only child of working-class parents in a Roman Catholic, Italian household. After graduating from university, Joy attended Queens College. In 1964, she graduated with a B.A. in sociology before earning an MA in English Education from Stony Brook University in 1966. During the next few years, Joy taught high school English and studied acting in her free time.

Career: By the 1980s, Joy Behar had started to pursue a career in the entertainment industry. She started off with production credits on Good Morning America before establishing herself as a stand-up comedian. After performing in various comedy clubs throughout the 1980s, TV appearances soon followed on shows like Baby Boom and Live From Queens. She eventually hosted her own talk show called Way Off Broadway.

In the 80s and 90s, Behar also started booking film roles in movies such as Cookie, This is My Life, and Manhattan Murder Mystery, as well as making appearaces in HBO comedy specials. Her real breakthrough came in 1997 when she first started appearing on The View as a regular panelist. Eventually, she became a permanent co-host who was famous for presenting up-and-coming comedians. In 2009, Behar won a Daytime Emmy Award along with her co-hosts for The View.

Although Behar left The View in 2013 to focus on stand-up and playwriting, she rejoined the show as a co-host once again in 2015. In addition to the view, Joy Behar has hosted shows such as Larry King Live. CNN later gave Behar her own show called The Joy Behar Show, although it was canceled after two years. Behar also hosted Current TV's Joy Behar: Say Anything! and TLC's Late Night Joy. Outside of television, Behar has appeared in many theatrical plays, such as The Vagina Monologues and Love, Loss and What I Wore.

Personal Life: In 1965, Joy Behar married Joe Behar, a university professor. After a 14-marriage during which the couple had one child, they divorced in 1981. Joy Behar kept Joe's last name and also retained custody of her child. Later, Joy began a relationship with Steve Janowitz. The couple was married in 2011. Joy Behar is famous for her strong support of the Democratic party.

Real Estate: Joy Behar has also made significant investments in real estate. In 2016, it was reported that Joy Behar was selling her traditional, cedar home in East Hampton for $3.8 million. After selling her home, she purchased another nearby home for $4.75 million. In 2017, Behar reportedly spent $2.4 million on a two-bedroom apartment in the Upper West Side of New York City. In 2018, she made a significant profit on her investment after selling the newly renovated apartment for $3.28 million. 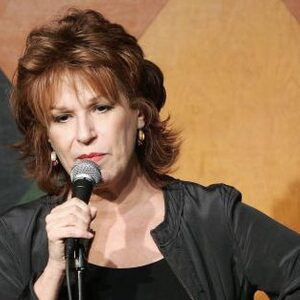