Josh Blue net worth: Josh Blue is an American comedian who has a net worth of $1 million. Josh Blue was born in Cameroon in November 1978. He is best known for winning the fourth season of the NBC reality television series Last Comic Standing. Blue has cerebral palsy and is known for his self-deprecating style.

He started doing open mic sets at The Evergreen State College and then won the Comedy Works New Talent Search contest in 2002. He won $10,000 for winning the 2004 Las Vegas Comedy Festival's Royal Flush Comedy Competition. Blue was the first comic to perform stand-up on The Ellen DeGeneres Show and has also appeared on other TV series such as Live with Regis and Kelly. He played on the 2004 U.S. Paralympic soccer team. Blue has released the comedy albums Good Josh, Bad Arm in 2011 and Sticky Chance in 2013. 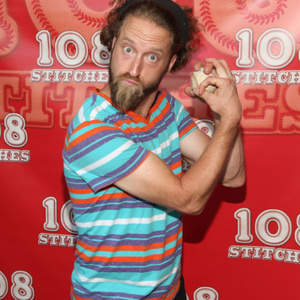