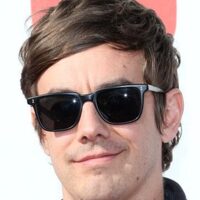 Jorma Taccone net worth: Jorma Taccone is an American actor, comedian, producer, director, writer, musician, and record producer who has a net worth of $7 million. Jorma Taccone was born in Berkeley, California in March 1977. He is a member of the sketch comedy troupe The Lonely Island. Taccone appeared in episodes of the television series Saturday Night Live from 2005 to 2014. He has also appeared in episodes of the TV series Girls, The League, Gravity Falls, Comedy Bang! Bang!, Parks and Recreation, and more. Taccone has starred in the films Role Models, Land of the Lost, The Watch, Grown Ups 2, Neighbors, and more. He was a writer for the TV series Saturday night Live from 2005 to 2014 and also wrote for Extreme Movie, MacGruber, and Popstar: Never Stop Never Stopping. Taccone directed the film MacGruber and episodes of the TV series Parks and Recreation, Up All Night, and Brooklyn Nine-Nine. He has won three Writers Guild of America Awards and been nominated for eight Primetime Emmy Awards and a Grammy Award.