Jonny Harris net worth: Jonny Harris is a Canadian actor and comedian who has a net worth of $3 million. He is best known for starring in the TV series Murdoch Mysteries.

Jonny Harris was born in Pouch Cove, Newfoundland, Canada in September 1975. He began starring as Constable George Crabtree on the television series Murdoch Mysteries in 2008. He also starred in the same role on the TV series Murdoch Mysteries: The Curse of the Lost Phoenix in 2011. Jonny Harris appeared in movies Young Triffie, Grown Up Movie Star, and Moving Day. He has appeared in episodes of the TV series Hatching, Matching and Dispatching, Republic of Doyle, Comedy Now!, The Listener, and Frankie Drake Mysteries. Harris is also known for being a  writer, producer, and host of the television series Still Standing starting in 2015. He won Canadian Screen Awards in 2017 for Best Host in a Lifestyle, Talk or Entertainment News Program or Series and Best Writing in a Factual Program or Series. 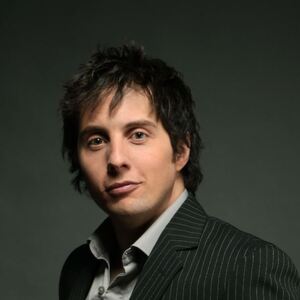