Jonathan Winters net worth: Jonathan Winters was an American comedian, actor, author, and artist who had a net worth of $5 million. Jonathan Harshman Winters III was born in Bellbrook, Ohio in November 1925 and passed away in April 2013. He recorded many comedy albums for Verve Records starting in 1960. He received 11 nominations for Grammy Award for Best Comedy Album.

Winters won a Grammy Award for Best Album for Children in 1975 and the Grammy Award for Best Spoken Comedy Album in 1996. He made numerous appearances in film and on television and played characters on The Garry Moore Show, The Steve Allen Show, Mork & Mindy, Hee Haw, and It's a Mad, Mad, Mad, Mad World. He starred in The Wacky World of Jonathan Winters from 1972 to 1974 and lent his voice to The Smurfs. His final film The Smurfs 2 was dedicated to his memory. Winters won an Emmy Award in 1991 and also won a Mark Twain Prize for American Humor. He authored several books and was an artist. His 1988 book Winters' Tales made the bestseller list. He received a star on the Hollywood Walk of Fame in 1960. Jonathan was married to Eileen Schauder and had two children and five grandchildren. Jonathan Winters passed away on April 11, 2013 at the age of 87. 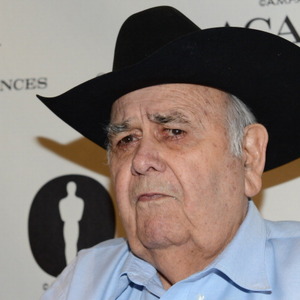