Jonathan Mangum net worth: Jonathan Mangum is an American actor and comedian who has a net worth of $500 thousand dollars. Jonathan Mangum was born in Charleston, South Carolina, and grew up in Alabama. He went on to graduate from the University of Central Florida with a degree in Psychology. He began performing stand-up and improv comedy at SAK Comedy Club.

One of his fellow performers at that time was Wayne Brady. He relocated to Los Angeles in the mid-90s to pursue a career in comedy full-time, and went on to appear on such television shows as "Clarissa Explains It All", "SeaQuest DSV", "Roseanne", "Married… with Children", "Clueless", "Just Shoot Me!", "ER", "Strip Mall", "30 Seconds to Fame", "The Drew Carey Show", "Reno 911!", "Come On Over", "Pushing Daisies", "NCIS", "The Sarah Silverman Program", and "Trust Us with Your Life". He is most widely recognized as the announcer for "Let's Make a Deal", and for his appearances on "Drew Carey's Improv-a-Ganza". 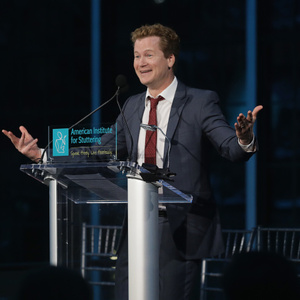