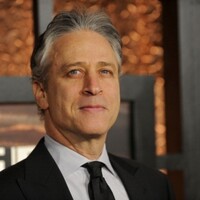 What is Jon Stewart's Net Worth and Salary?

Jon Stewart is an American actor, comedian, and political satirist who has a net worth of $120 million. After forging a highly successful standup comedy career, Jon Stewart became a household name after he was named the second host of Comedy Central's "The Daily Show." He took over the show from original host Craig Kilborn in 1999 and hosted through 2015 at which point he handed the reigns to Trevor Noah. In September 2021 Jon began hosting a new show on Apple TV+ called "The Problem with Jon Stewart."

At the peak of his career with "The Daily Show" Jon Stewart's annual salary was $25 million.

Jonathan Stuart Leibowitz was born in New York City on November 28, 1962. His mother, Marian, was a teacher and educational consultant, and his father, Donald, was a professor of physics at The College of New Jersey and Thomas Edison State College. His family members are all Jewish immigrants to American from places like Poland, Ukraine, and Belarus. He is the second of four sons.

After his parents divorced when he was eleven years old, Stewart became mostly estranged from his father. It was this strained relationship that inspired him to begin using his middle name "Stuart" as his surname. He would go on to grow up in Lawrenceville, New Jersey, where he attended Lawrence High School. He continued his education at The College of William & Mary in Virginia, where he majored in psychology and was a member of the soccer team. After graduating from college, he held various jobs including: a contract administrator for the City University of New York, a soccer coach at Gloucester High School in Virginia, a bartender, a caterer, a busboy, and a contingency planner for the New Jersey Department of Human Services.

Stewart eventually returned to New York City in 1986, to try performing in the city's comedy club circuit. He made his debut in stand-up at The Bitter End, the same club where Woody Allen also started his career. This is the same period when he began going by the stage name "Jon Stewart". He eventually became a regular performer at the Comedy Cellar, where he would perform in the 2 a.m. timeslot as the last performer every night.

He landed his first television job in 1989, when he was hired as a writer for "Caroline's Comedy Hour". He would go on to co-host Comedy Central's "Short Attention Span Theater" with Patty Rosborough in 1990, and in 1992 he hosted "You Wrote It, You Watch It" on MTV. Stewart himself identifies the moment his career really took off as his March 6, 1992 appearance on "Late Night with David Letterman".

Stewart developed and began hosting his own MTV talk show "The Jon Stewart Show" in 1993. It was the first talk show on MTV that was an instant hit, and it was actually the network's second-highest rated show. Ratings eventually dropped, and the show was cancelled in June 1995. However, David Letterman was a fan. He also happened to be the final guest of "The Jon Stewart Show". Letterman signed Stewart to his production company, Worldwide Pants, and Stewart became a frequent guest host for Tom Snyder on "The Late Late Show with Tom Snyder". 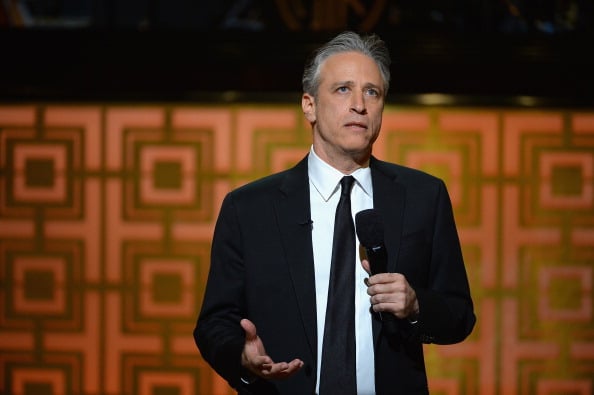 In 1999, Craig Kilborn left "The Daily Show" on Comedy Central, and Stewart took over as host. Except for occasional occurrences when correspondents like Stephen Colbert, Rob Corddry, or Jason Jones substituted as host, and John Oliver's brief stint as host during the summer of 2013, Stewart hosted almost all airings of "The Daily Show". His brief hiatus in 2013, when John Oliver took over temporarily, was so he could direct the film "Rosewater" (2014). With "The Daily Show", Stewart won a total of twenty Primetime Emmy Awards as either writer or producer. In 2000 and 2004, the show also won two Peabody Awards for its coverage of the U.S. presidential elections in those years. After 2,579 episodes, Stewart's final "The Daily Show" episode aired on August 6, 2015. He was succeeded as host by South African comedian Trevor Noah.

After leaving "The Daily Show", Stewart has remained mostly out of the spotlight. In November 2015 Stewart signed a four-year deal with HBO. They were in the process of creating an "animated parody of a cable news network", but ultimately the project was cancelled in May 2017 after its premiere was moved several times. Since 2015, he has also made occasional appearances on "The Late Show with Stephen Colbert". 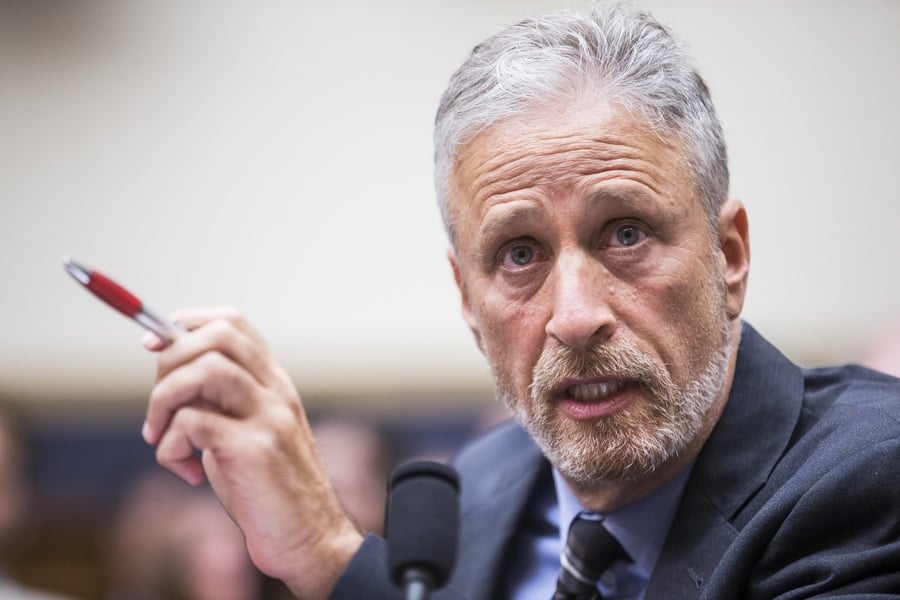 Stewart is the head of Busboy Productions, his own production company that he launched in the mid-1990s. The company produced "The Colbert Report", a spin-off of "The Daily Show". Additionally, Stewart is a published writer. He published the book "Naked Pictures of Famous People" (1998), which went on the New York Times Bestseller list, and contributed to "America (The Book): A Citizen's Guide to Democracy Inaction" (2004), which garnered a Quill Award and went on to be named Book of the Year by Publishers Weekly.

Stewart met and began dating Tracey Lynn McShane in 1997. They married in 2000 and today have two children. They both legally changed their last names to "Stewart" in 2001. Tracey has been a practicing vegan for many years and inspired Jon to become a vegetarian.

In 2010 Jon paid $3.8 million for a riverfront mansion in Red Bank, New Jersey. A year later he bought the home next door for $3.2 million.