Jon Lovitz Net Worth: Jon Lovitz is an American comedian, actor, and producer who has a net worth of $12 million dollars. Lovitz is best known for being a cast member of "Saturday Night Live" (1985–1990), playing characters such as Tommy Flanagan, The Pathological Liar, who used the catchphrase "Yeah! That's the ticket!"

Early Life: Jon Lovitz was born Jonathan Michael Lovitz on July 21, 1957, in Tarzana, California. He grew up in a Jewish household with mother Barbara, father Robert (an anesthesiologist), and twin sister Leslie. Jon's paternal grandfather was named Feivel Ianculovici, but he changed his name to Phillip Lovitz after leaving Romania for the U.S. in the early 1900s. Jon decided he wanted to become a comedian after seeing the Woody Allen film "Take the Money and Run" at age 13, and he later began learning stand-up routines by Allen and Lenny Bruce and performing them in his dorm at the University of California, Irvine. Lovitz earned a bachelor's degree in drama in 1979, then he began taking acting classes at the Film Actors Workshop. He became a member of The Groundlings in 1984 and met Phil Hartman, who would become one of his closest friends. The two later became "Saturday Night Live" castmates after Jon suggested Lorne Michaels hire Phil, saying, "If you think I'm good, you should see Phil. He's even better!"

Career: Lovitz made his television debut in a 1984 episode of "The Paper Chase," and from 1985 to 1986, he had a regular role on the CBS sitcom "Foley Square." In 1985, he joined the cast of "Saturday Night Live" and was known for popular characters like Tommy Flanagan, Master Thespian, Hanukkah Harry, and Annoying Man. Jon's first film was 1986's "Hamburger: The Motion Picture," and that year he also appeared in "Last Resort," "Jumpin' Jack Flash," "Ratboy," and "Three Amigos." He guest-starred on "Tales from the Crypt" (1991), "Married… with Children" (1991), and "The Larry Sanders Show" (1992; 1994) and co-starred with Tom Hanks, Madonna, Geena Davis, and Rosie O'Donnell in 1992's "A League of Their Own," which was preserved in the Library of Congress' National Film Registry in 2012 for being "culturally, historically, or aesthetically significant." Lovitz then appeared in the films "Mom and Dad Save the World" (1992), "Loaded Weapon 1" (1993), "Coneheads" (1993), and "City Slickers II: The Legend of Curly's Gold" (1994) and co-starred with Dana Carvey and Nicolas Cage in 1994's "Trapped in Paradise." 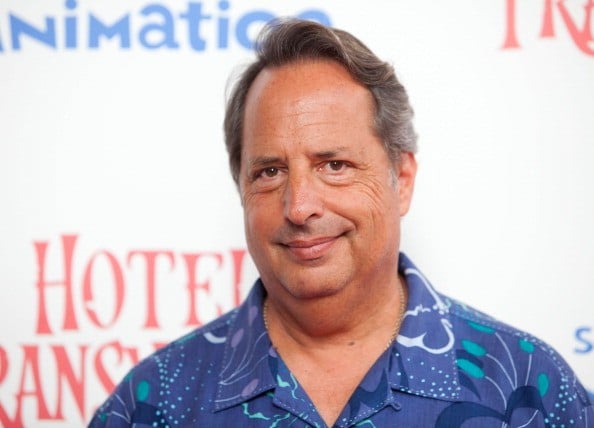 Personal Life: Jon's life was touched by tragedy in May 1998 when his good friend Phil Hartman was killed by his wife, Brynn, in a shocking murder-suicide. Lovitz, who has said that Hartman "was like [his] older brother," partly blamed "NewsRadio" star Andy Dick for Phil's heartbreaking death because Dick had allegedly given Brynn Hartman cocaine at a 1997 Christmas party, leading the recovering addict to begin using drugs again. (According to the Los Angeles County Coroner's Office, Brynn had cocaine, alcohol, and an anti-depressant in her system when she murdered the beloved comedian.)

When Lovitz joined the cast of "NewsRadio," Dick told him, "You shouldn't be here," to which Jon replied, "Well, I wouldn't be here if you hadn't given Brynn coke in the first place." Lovitz later apologized for the remark, but in 2007, the two ran into each other at a restaurant, and Dick stated, "I put the Phil Hartman hex on you—you're the next to die." A few months later, they got into an altercation at the Laugh Factory after Dick refused to apologize for his earlier comment. Jon later stated in an interview with Dennis Miller, "I just lost it so I grabbed him by the shirt and I pushed him against the wall. And he's just smiling at me, and then I realized 'oooh, here's my chance.' So I grabbed him by his shirt and pushed him really hard and I smashed his back and his head into the bar. And I did it again. I would have kept going, but the doorman broke it up."

Awards and Nominations: "Saturday Night Live" earned Lovitz Primetime Emmy nominations for Outstanding Individual Performance in a Variety or Music Program in 1986 and 1987, and he received an American Comedy Award nomination for Funniest Supporting Actor in a Motion Picture for "A League of Their Own" in 1993. Jon and his "Happiness" co-stars won a National Board of Review Award for Best Acting by an Ensemble in 1998, and the "Hotel Transylvania" cast was nominated for a Behind the Voice Actors Award for Best Vocal Ensemble in a Feature Film in 2013.

Real Estate: In 1990 John paid $1.9 million for a home in Beverly Hills, Ca. Real estate records show that he still owns this property and it's likely worth $6-8 million. 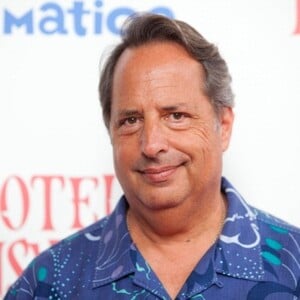