Jon Lajoie net worth: Jon Lajoie is a Canadian actor, comedian and musician who has an estimated net worth of $2 million. Jon Lajoie was born in Saint Hubert, Quebec, Canada in 1980 and was raised in the South Shore area of Montreal as the third eldest of nine children. He graduated from Dawson College's professional theatre program in 2001.

He has played a musician named Thomas Edison in the French-Canadian sitcom "L'Auberge du chien noir" since 2003. Lajoie began his career as a comedy musician in 2007. Lajoie's performance includes music, skits, and some stand-up comedy. He has also released two studio albums and appeared on Comedy Central Presents. In the United States, LaJoie is best known for his acting on the FX television show "The League" where he plays a character named Taco. In 2010 he appeared in a Comedy Central Presents special. LaJoie has an enormously popular YouTube channel, which he has been posting videos to since 2007 and which allowed him to achieve Internet fame in 2008 after he began posting music videos for his original songs, such as "Everyday Normal Guy" and "High as Fuck", on YouTube. He is also well known for 2008's "Show Me Your Genitals" and 2009's "WTF Collective". 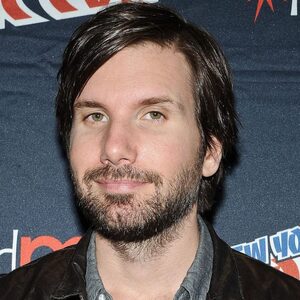