Jon Glaser net worth: Jon Glaser is an American actor, comedian, writer, producer, and director who has a net worth of $3 million. Jon Glaser was born in Chicago, Illinois in June 1968. As an actor he starred as Video Cowboy in the series Mayne Street from 2008 to 2009 and as Jon in the television series Delocated from 2009 to 2013.

Glaser starred as Councilman Jamm in the TV series Parks and Recreation from 2012 to 2015. Since 2013 he has had a recurring role as Laid Schlesinger on the series Girls. Glaser has provided voice work for the TV series TV Funhouse, Stroker and Hoop, Freak Show, Cheap Seats: Without Ron Parker, and more. Glaser was a writer for the TV series Late Night with Conan O'Brien from 1998 to 2003. He has also written for the TV series The Dana Carvey Show, The Jenny McCarthy Show, The Keenan Ivory Wayans Show, Freakshow, Human Giant, Pretend Time, Delocated, Inside Amy Schumer, and Neon Joe, Werewolf Hunter. Glaser created the TV series Delocated and Neon Joe, Werewolf Hunter. He has won three Writers Guild of America awards for Late Night with Conan O'Brien and has been nominated for five Primetime Emmy Awards for the show and one more for Inside Amy Schumer. 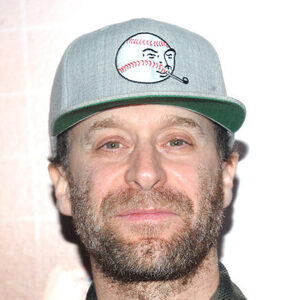