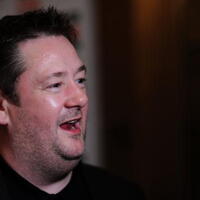 Johnny Vegas net worth: Johnny Vegas is an English actor and comedian who has a net worth of $10 million. Johnny Vegas was born in St. Helens, Lancashire, England in September 1970. He is known for his surreal humor, angry rants, and high husky voice as well as for his large figure. He first appeared on television in 1996 as a contestant on the UK game show Win, Lose or Draw. In 2001 he starred as the 24 Hour News Man in the TV series Attention Scum. From 2001 to 2003 Vegas starred as Charlie Doyle in the series Happiness. In 2005 he starred as Lewis Donat on the television series Dead Man Weds. Vegas starred as Krook in the TV mini-series Bleak House in 2005. In 2008 he starred as Tony in the TV series Massive. He starred as Moz in the series Ideal from 2005 to 2011. Vegas has starred as Wet Eric in the TV series Still Open All Hours since 2013, The Oracle/Geoff Maltby in the series Benidorm since 2007, and Crunchie Haystacks in the series Moone Boy since 2012. He has also starred in the movies Blackball, Sex Lives of the Potato Men, and The Libertine. Vegas won awards for Newcomer for Happiness at the British Comedy Awards in 2001 and the Royal Television Society in 2002.