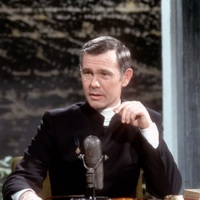 What was Johnny Carson's Net Worth and Salary?

Johnny Carson was an American talk show host, comedian, and writer who had a net worth of $300 million at the time of his death. He was best known for "The Tonight Show Starring Johnny Carson," which he hosted from 1962 until 1992. During that 30-year run, Carson launched the careers of hundreds of future superstars, including Jerry Seinfeld, David Letterman, and his future replacement, Jay Leno. Comedians lived and died by Johnny's invitation to perform on the show and possibly even join him on the couch for an interview after their set.

Carson retired in May 1992, and on January 23, 2005, he passed away from respiratory failure related to emphysema.

In the mid-1970s, Carson was the highest-paid television personality in show business, earning approximately $4 million per year. At the peak of his show in 1991, he earned $25 million per year in salary, which is equal to roughly $40 million in today's dollars.

Throughout his life, Johnny privately donated millions of dollars to a wide variety of charities. Upon his death Johnny left the bulk of his fortune to the John W. Carson Foundation. Prior to his death, Johnny had been giving the Johnny Carson Foundation annual gifts of $1 – $2 million. Upon his death, the foundation was told that it was the beneficiary of a trust from Johnny's estate.

The value of the trust remained a secret for five years until his lawyers were required to disclose the assets in an IRS tax return. On August 30, 2010, The Johnny Carson Foundation discovered that the value of their trust fund was worth $156 million. That had been under the impression that the value was a tenth of that amount. Within a few years, the foundation's asset value had grown to over $200 million. 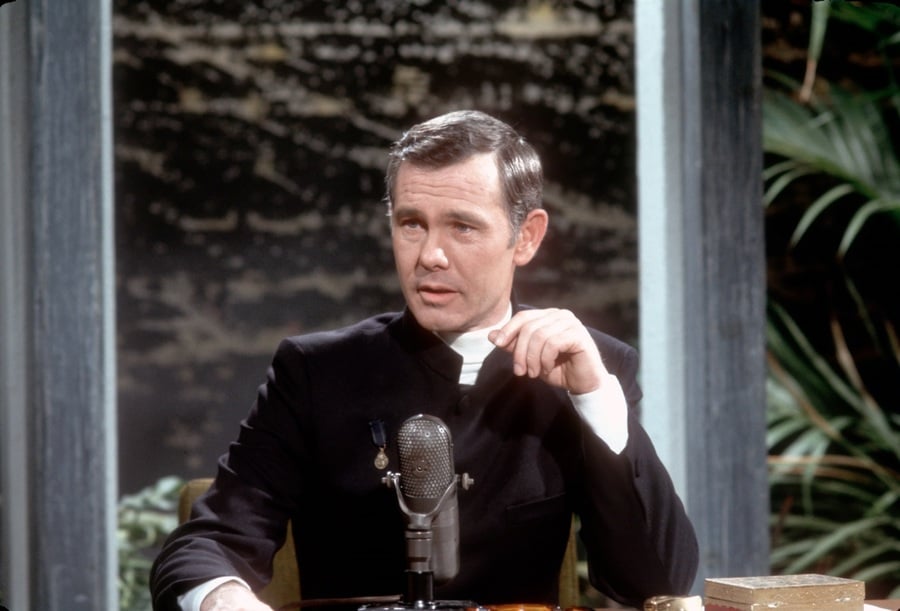 Johnny Carson was born John William Carson on October 23, 1925, in Corning, Iowa. His mother, Ruth, was a homemaker, and his father, Homer, was a power company manager. He had 2 siblings: older sister Catherine and younger brother Richard (who grew up to become a television director and Emmy winner). The family moved to Norfolk, Nebraska, when Johnny was 8 years old, and he soon began exploring his passion for entertaining. At the age of 12, he purchased a mail-order magic kit after discovering a book about magic at a friend's house. He began performing card tricks for his family, and two years later, he made his debut as "The Great Carsoni" at the local Kiwanis Club.

Carson enlisted in the United States Navy on June 8, 1943 and enrolled in the V-12 Navy College Training Program as an apprentice seaman. Near the end of World War II, he was commissioned as an ensign and assigned to the USS Pennsylvania, but he never saw combat due to the fact that the war ended when he was en route to the combat zone. During Carson's military career, he took part in amateur boxing (with an impressive 10-0 record) and said that performing a card trick for United States Secretary of the Navy James V. Forrestal was the highlight of his time in the Navy.

After leaving the Navy, Johnny attended the University of Nebraska-Lincoln. He declared a major in journalism, but soon decided to major in speech and drama and minor in physics. Carson was a member of the Phi Delta Gamma fraternity, and while in college, he continued sharing his talent for magic, performing for $25 per show. He graduated in 1949 with a Bachelor of Arts degree in radio and speech.

Carson started his broadcast career at Omaha's WOW Radio in 1950 and soon began hosting a WOW-TV morning program called "The Squirrel's Nest." He hosted the low-budget sketch series "Carson's Cellar" on Los Angeles TV station KNXT from 1951 to 1953, which led to a writing job on "The Red Skelton Show." When Skelton once knocked himself unconscious during rehearsal, Johnny filled in for him during the live show, and CBS soon created "The Johnny Carson Show," a primetime variety show that ran from 1955 to 1956. Carson also hosted the game show "Earn Your Vacation" in 1954 and was a regular panelist on "To Tell the Truth" from 1961 to 1962. After "The Johnny Carson Show" ended, he moved to New York City and hosted "Who Do You Trust?," where he met future "Tonight Show" sidekick Ed McMahon.

NBC's "Tonight" debuted in 1954 with host Steve Allen; Jack Paar replaced him in 1956, and Carson took over after Paar's retirement. Johnny hosted his first episode on October 1, 1962, and the show later became known as "The Tonight Show Starring Johnny Carson." Ed McMahon was Johnny's announcer and sidekick, and the show's music was provided by maestro Skitch Henderson and the NBC orchestra. "The Tonight Show Starring Johnny Carson" is credited with establishing the modern late-night talk show format: a monologue followed by sketch comedy, interviews, and a musical or stand-up comedy performance. In July 1971, Carson began working 4 days a week instead of 5, letting guest hosts take the reins on Mondays. In May 1972, the show moved from New York City to Burbank, California, where it remained until Jimmy Fallon took over in 2014. Originally a 90-minute show, Carson requested that it be reduced to 60 minutes in 1980. On May 22, 1992, Carson retired at the age of 66; his penultimate show featured Robin Williams and Bette Midler, and his final show was a retrospective of memorable clips from the show's 30-year run.

In March 1999, Carson suffered a heart attack and underwent quadruple-bypass surgery. He had been a heavy smoker for much of his life, and on January 23, 2005, he died of emphysema at the age of 79. Carson passed away at Cedars-Sinai Medical Center in Los Angeles, and his body was cremated.

Carson won six Primetime Emmy Awards as well as a Peabody Award and the Governor's Award from the Television Academy. In 1960, he received a star on the Hollywood Walk of Fame, and he was inducted into the Television Academy Hall of Fame in 1987. Carson also received the Presidential Medal of Freedom and a Kennedy Center Honor.