John Pinette net worth: John Pinette was an American actor and stand-up comedian who had a net worth of $100 thousand. He toured the comedy club circuit in the 1980s and often offered up his size and large appetite as topics for his comedy routine. He was named the "funniest male stand-up comic of the year" at the American Comedy Awards in 1999 and also appeared in movies like Duets, My 5 Wives, The Punisher, Revenge of the Nerds III and IV, as well as appearing in episodes of television shows like ALF and the series finale of Seinfeld.

He was born in Boston Massachusetts on March 23, 1964 and graduated from the University of Massachusetts in 1986 with a degree in Accounting. He was urged by friends to pursue a career in comedy and got his first break when he was asked to tour with Frank Sinatra. He was also a regular guest on The Tonight Show and The View. More recently, Pinette was cast as the host of All You Can Eat, a television series that takes a humorous look at American cuisine and was winding down his tour weeks before his death. He died in a Pittsburgh hotel at age 50, just three months after he informed his fans that he was postponing his national stand-up tour because of health problems. Pinette had been suffering from liver and heart disease, and no autopsy was completed because both the medical examiner and Pinette's personal doctor signed off on the cause of death being a pulmonary embolism. He had a reputation among his friends and fellow comedians as a brilliant, incredibly funny, kind and generous man. 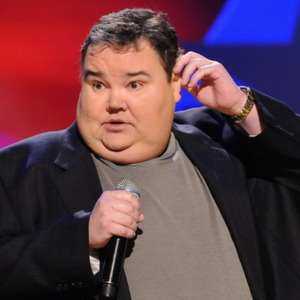