What is John Mulaney's Net Worth and Salary?

John Mulaney is an American actor and comedian who has a net worth of $10 million. He is known for his work as a writer on "Saturday Night Live" and as a stand-up comedian. John has received several Emmy Award nominations and has won two. For his film "John Mulaney: Kid Gorgeous at Radio City," he won the Primetime Emmy Award for Outstanding Writing for a Variety Special in 2018.

Mulaney was born on August 26th of 1982, in Chicago, Illinois. His mother, Ellen, was a professor at Northwestern University Pritzker School of Law, and his father, Charles, was an attorney and partner at Skadden Arps. His parents are of Irish Catholic heritage, and growing up, John was an altar boy. He is the third of five children.

Mulaney knew from an early age that he wanted to go into the show business. At the age of seven, he joined a Chicago-based children's sketch club called "The Rugrats." Because of the club, John was offered an audition for the role of Kevin in the film "Home Alone," but his parents turned it down.

Mulaney attended middle school at St. Clement School in Chicago, where, in place of doing reports, he and his best friend performed what they had learned in the format of a skit. At 14, John performed the role of Wally Webb in the production of "Our Town." Mulaney went to St. Ignatius College Prep and then enrolled at Georgetown University, where he majored in English and minored in theology. During university, John joined the school's improv group, where he met Nick Kroll and Mike Birbiglia. He later joined Birbiglia on his stand-up tour, which helped him improve his stage presence.

After graduating from Georgetown in 2004, Mulaney moved to New York City to pursue a career in comedy. He was soon hired as an office assistant at Comedy Central. After a year with the television company, John unsuccessfully pitched an idea for a parody of "I Love the '80's" called "I Love the '30's," which he wrote with fellow comedian Nick Kroll. Mulaney realized that his job was a "hindrance to being a comedian" and subsequently quit to focus on his craft.

Over the next four years, John continued writing and performing, and in 2008 he finally gained recognition after appearing on several major late-night television shows. Following his performance on "Late Night with Conan O'Brien," Mulaney was offered an audition for "Saturday Night Live." He gave an unusual audition without any impressions choosing instead to perform stand-up with character-like bits. John went in with little expectations but was given a spot on the writing team for the show, where he remained for four seasons.

During this time, Mulaney released a stand-up comedy album called "The Top Part" and a stand-up comedy special titled "New in Town." For SNL, he and actor Bill Hader co-created the recurring SNL character "Stefon," played by Hader. During his time with SNL, John was nominated with the rest of the writing staff for the Primetime Emmy Award for Outstanding Writing for a Variety Series. 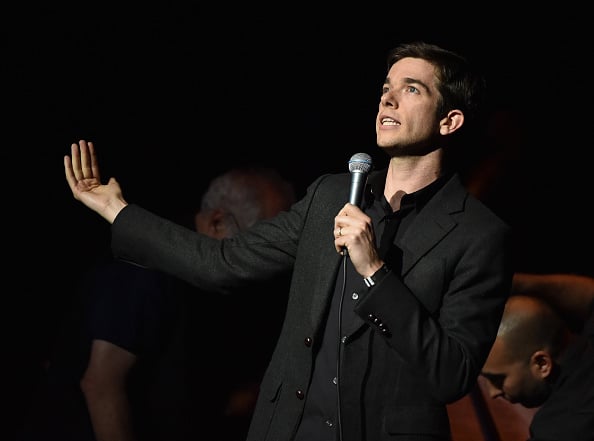 In 2015, Mulaney released his third stand-up-comedy special, titled "The Comeback Kid." Netflix featured the special, which received critical acclaim. David Sims of "The Atlantic" called it "a reminder of everything that makes Mulaney so singular: storytelling rich with well-observed details, delivered with the confidence of someone decades older than 33." In 2016, John received a nomination for the Primetime Emmy Award for Outstanding Writing for a Variety Special for "The Comeback Kid."

Mulaney began his stand-up comedy tour "Kid Gorgeous" in May of 2017, which lasted two months. He spent seven nights at the Radio City Music Hall in New York City, where one of the performances was recorded for a Netflix special called "John Mulaney: Kid Gorgeous at Radio City." The film was met with critical acclaim, with Steve Greene of IndieWire declaring it "one of the year's best pieces of writing." At the 70th Primetime Emmy Awards, John received the Emmy for Outstanding Writing for a Variety Special for "Kid Gorgeous."

In 2017, Mulaney was invited to appear alongside Martin Short, Steve Martin, Jimmy Kimmel, Bill Murray, and Norm MacDonald to honor David Letterman, who was accepting The Mark Twain Prize for American Humour at The Kennedy Center. When Letterman received his prize, he acknowledged John by saying, "John Mulaney, this is the future of comedy, ladies and gentlemen."

In 2019, Mulaney went on a comedy tour with Pete Davidson for a limited series of sold-out shows titled "Sundays with Pete & John." Later that year, John released a children's musical comedy special called "John Mulaney & the Sack Lunch Bunch," which received positive reviews. Over the years, Mulaney has returned to host "Saturday Night Live" four times, making him the fourth ever SNL writer to host the show despite never having been a cast member.


In 2014, Mulaney married makeup artist and lampshade artisan Annamarie Tendler. Their ceremony was held in Boiceville, New York, and was performed by their friend Dan Levy. They divorced in 2021 after John had spent a period in rehab the previous year. After breaking up, John began dating actress Olivia Munn. In September 2021 John and Olivia announced they were expecting a child. They welcomed a boy in December 2021. 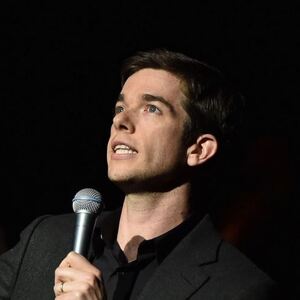