John Leguizamo net worth: John Leguizamo is a Colombian-American actor, standup comedian, producer, screenwriter, playwright, and rapper who has a net worth of $25 million. John Leguizamo accumulated his net worth through acting on stage, screen, and television, as well as voice acting for many animated series.

Early Life: John Alberto Leguizamo was born on July 22, 1964, in Bogotá, Colombia. When he was four, his family moved to New York City. He is the son of Alberto and Luz Leguizamo. He grew up in Queens. While Leguizamo was in high school at Murry Bergtraum High School, he wrote jokes and tested them out on other students. Not surprisingly, he was voted "Most Talkative" during his senior year. Leguizamo enrolled as a theatre major at NYU's Tisch School of the Arts. He dropped out before graduation to pursue a career in stand-up comedy.

Career: In 1984, Leguizamo got his start as a stand-up comedian performing in various nightclubs in New York City. That same year, Leguizamo landed the role of Madonna's boyfriend in the video for her early hit "Borderline." In 1986, he made his acting debut on television with a small part on the successful show "Miami Vice." He had a number of roles in television and film throughout the rest of the 1980s and into the early 1990s. One of Leguizamo's most memorable roles was in the 1993 Brian DePalma Crime Drama "Carlito's Way." He also starred in Baz Luhrmann's 1996's adaptation of "Romeo and Juliet," as Tybalt Capulet opposite Claire Danes and Leonardo DiCaprio. Another prominent role of Leguizamo's was when he starred as drag queen Chi-Chi Rodriguez in 1995's "Too Wong Foo, Thanks For Everything Julie Newmar." He was nominated for the Golden Globe for Best Supporting Actor for this role.

Leguizamo did the voice-over work for Sid the Sloth in the movie "Ice Age" as well as in it's sequels: "Ice Age: The Meltdown," "Ice Age: Dawn of the Dinosaurs," "Ice Age: Continental Drift," and "Ice Age: Collision Course." He also starred in the 2014 film "Chef"  as Martin the line cook. That same year he played a drug dealer in "American Ultra." Leguizamo also appears in the John Wick franchise."

Leguizamo has also had a number of roles on television including in 2008 on "Sesame Street" as Captain Vegetable and in 2010 on "The Electric Company." In more adult television fare, he has also appeared on "E.R.," "Waco," "Bloodline," "When They See Us," "Bojack Horseman" and in the future on "The Power" and "Hypno."

In 2018, he put on a one-man Broadway show," Latin History for Morons," which is available for viewing on Netflix.

In 2020, Leguizamo made his directorial debut with "Critical Thinking," a movie about how five high school students from Miami became the first inner-city team to win the U.S. National Chess Championship in 1998. The film was slated to debut at the South by Southwest Festival in Austin, Texas, but that event was canceled due to the spread of the coronavirus pandemic. Leguizamo collaborated with the film's screenwriter on the story that various filmmakers have been trying to get made for two decades. He also stars in the film as the high school's chess coach Mario Martinez.

Leguizamo's memoir, "Pimps, Hos, Playa Hatas, and All the Rest of My Hollywood Friends: My Life," was released in 2006. 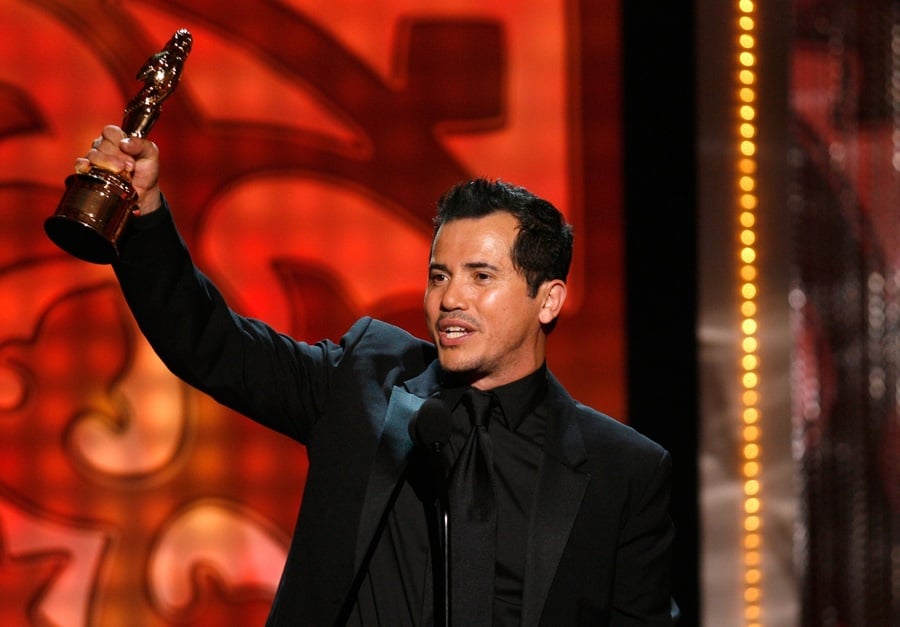 Personal Life: Leguizamo married actress Yelba Osorio in 1994. They divorced in 1996 after two years of marriage.

He married Justine Maurer, a costumer on "Carlito's Way,"  in a Catholic-Jewish ceremony on June 28, 2003. They have two children, daughter Allegra Sky, and son Lucas.  They live in Manhattan.

Leguizamo received the Rita Moreno HOLA Award for Excellence from the Hispanic Organization of Latin Actors (HOLA) in 2008.

He encouraged actor Romany Malco to get into acting.

He supported Hillary Clinton in the 2016 United States Presidential election.

In 2018, Leguizamo received an Honorary Degree from Marymount Manhattan College

He is a vocal opponent of President Donald Trump.

In 2020, Leguizamo was one of the celebrities that called for a boycott of the Goya brand of foods after its CEO publicly praised Donald Trump. He tweeted: "Goodbye Goya! You cant exploit us for profit than be against us latinx! #BoycottGoyaFoods."

Real Estate: In 2008, John Leguizamo paid $5.75 million for a townhouse in downtown Manhattan's Washington Square area. The four-story building that Leguizamo purchased has 3,136 square feet and was built in 1899.

Leguizamo also owns or has owned a 1,399-square-foot condominium unit in Venice Beach in Los Angeles which he purchased in October 2005 for an undisclosed price, a co-op unit at 45 Gramercy Park North in Manhattan that he has owned at least since 2004, a 2,449-square-foot house on 7.4 acres in Rosendale, New York, which the actor purchased in 2003 for $750,000.

In 2011, he listed a lake house in Kingston, New York for $835,000. The home is just outside New York's Catskill State Park, about 100 miles north of New York City and has four bedrooms and three bathrooms on a wooded 7.64-acre lot,  and features a pool, screened porch, lake, mountain, and forest views as well as a guest house.

In 2013, he listed his four-story East Village townhouse that he bought in 1995 for an undisclosed amount for $3.995 million. The townhouse has 3,491 square feet on East 7th Street. 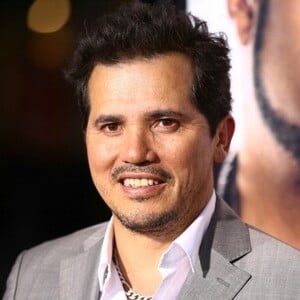