John Hodgman net worth and salary: John Hodgman is an American actor and comedian who has a net worth of $3 million. Born in Brookline, Massachusetts, John Hodgman attended Yale University, and graduated with a degree in Literature in the mid-90s. He worked as a literary agent for the Writer's House for a number of years, and now writes a popular column called, "Ask a Former Literary Agent".

In 2005, he published the book, "The Areas of My Expertise". He promoted the book on "The Daily Show", and subsequently became a contributor to the program. He has since returned for multiple interview segments. He has appeared in such projects as, "Attack of the Show", "Baby Mama", "Battlestar: Galactica", "The Invention of Lying", "Bored to Death", and "Flight of the Conchords". He also appeared as the personification of the PC in the popular mid-2000s Mac advertising campaign opposite actor Justin Long. He has also provided commentary for the 61st and 62nd Emmy Awards broadcasts. 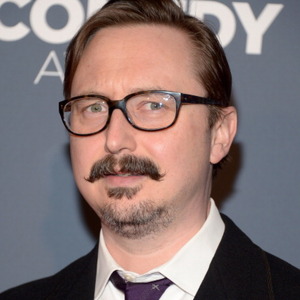