John de Lancie net worth: John de Lancie is an American stand-up comedian, actor, producer, director, writer, musician, singer, and voice artist who has a net worth of $4 million. John de Lancie was born in Philadelphia, Pennsylvania in March 1948. He is best known for starring as Q in the television series Star Trek: The Next Generation from 1987 to 1994, Star Trek: Deep Space Nine from 1993 to 1999, and Star Trek: Voyager from 1995 to 2011.

De Lancie has provided the voice of Discord in the TV series My Little Pony: Friendship is Magic since 2010. He had recurring roles in the series Stargate SG-1 as Frank Simmons from 1997 to 2007 and in Breaking Bad as Donald Margolis from 2008 to 2013. He has more than 160 acting credits to his name and has won two Behind the Voice Actors Awards and two Soap Opera Digest Awards. His son Keegan de Lancie is an actor. John de Lancie co-produced the documentary Bronies: The Extremely Unexpected Adult Fans of My Little Pony. 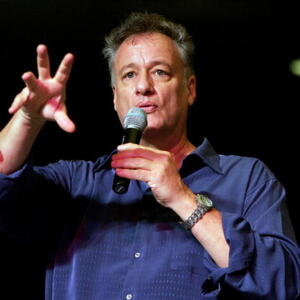