John Bishop net worth: John Bishop is an English comedian and actor who has a net worth of $19 million. John Bishop was born in Liverpool, England in November 1966. He is also known for his charity work and raised 4.2 million Pounds for Sport Relief 2012. Bishop played soccer and was a pharmaceutical rep before he started his stand-up comedy career. He made his television debut on the series The Panel and then appeared in the E4 drama series Skins. Bishop starred in the film Route Irish. He has been featured on his own television series John Bishop's Britain from 2010 to 2011, John Bishop's Only Joking in 2013, and The John Bishop Shop since 2015. He also hosts Bishop's Sunday Service on Radio City 96.7 in Liverpool. He has released the comedy DVDs The Elvis Has Left the Building Tour, The Sunshine Tour, and Rollercoaster Tour 2012. In 2010 he won a British Comedy Award for Best Male Comedy Breakthrough Artist. 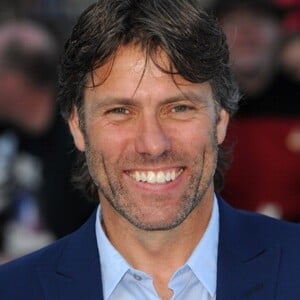