Joey Graceffa net worth: Joey Graceffa is an American actor, YouTube personality, author, producer, and singer who has a net worth of $12 million. Joey Graceffa was born in Marlborough, Massachusetts in May 1991. He runs two YouTube channels which are dedicated to blogging and video gaming. Graceffa has a total of more than 2.2 billion YouTube views.

He used to also operate the channel WinterSpringPro which has 60 million views. Graceffa competed on the 22nd and 24th seasons of the reality TV series The Amazing Race. He appeared in and produced the shorts Eon, Ethereal, and Haunting Ian in 2014. Joey Graceffa began hosting the YouTube Red series Escape the Night in 2016. He starred in the series Storytellers in 2013 for which he won a Streamy Award for Best Actor in a Drama and was nominated for another for Best Drama. He has released the EPs Panem's Best, Good Songs, and Cheese is Creamy and authored the books In Real Life: My Journey to a Pixelated World, Children of Eden, and Elites of Eden. In 2015 Joey purchased a house in Sherman Oaks, California for $2.1 million. He sold that house in January 2018 for $2.5 million. In January 2019 Joey spent $4.5 million on a custom-built new mansion in Encino, California. 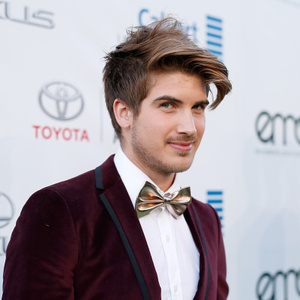