During that same year, Hodgson announced he was starting a new show with the same "riffing on bad movies" premise as Mystery Science Theater 3000 called Cinematic Titanic. In 2012, he also began touring as a one-man show detailing his life and career through slides, video, and live interactions, he called it "Riffing Myself. Hodgson was born in Stevens Point, Wisconsin on February 20, 1960. He began his career in seventh grade as a magician and ventriloquist, and continued to perform at local events throughout high school. Upon graduation, Joel moved to Minneapolis and attended Bethel College to study Theatre and Mass Media. In 1981, Joel Hodgson moved to Los Angeles and became a regular at the Comedy Store, the Hollywood Magic Castle, and the Comedy Magic Club. During his comedy appearances in Los Angeles, he was discovered by Barry Sand, (a producer with Late Night with David Letterman), and three months later had his network television debut. He made four subsequent appearances on the Letterman show, as well as four appearances on Saturday Night Live. Between 1984 and 1988 Joel built and sold sculptures, worked at a T-shirt factory, designed toys, and began designing and building props for other comedians. He co-wrote an HBO special with Jerry Seinfeld and was also considered for the role of Woody Boyd in Cheers. Building on his gift for designing toys and props, Hodgson built three robot puppets and created Mystery Science Theater 3000 in 1988.

The show went on for six successful seasons before its cancellation in 1997 on Comedy Central. It was then picked up again by the Sci-Fi Channel and aired another three seasons until its final cancellation in August 1999. 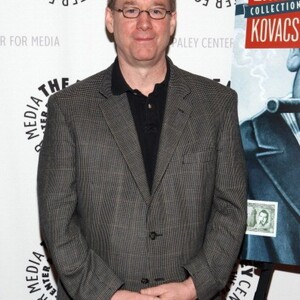