Joe Torry net worth: Joe Torry is an American actor and comedian who has a net worth of $1 million. Joe Torry was born in St. Louis, Missouri in September 1965. While studying at Lincoln University he was honored with The President's Lifetime Achievement Award. In 2013 Torry starred as Chandler Bishop in the television series Zane's the Jump Off. He has starred in the movies Strictly Business, The Three Muscatels, Poetic Justice, House Party 3, Exit to Eden, Tales from the Hood, Fled, Sprung, Back in Business, Lockdown, The Flamingo Rising, Commitments, The Great Commission, Motives, Hair Show, Getting Played, and Caught on Tape. Torry has also appeared in episodes of the TV series Def Comedy Jam, Late Night with Conan O'Brien, ER, NYPD Blue, Navy NCIS: Naval Criminal Investigative Service, Girlfriends, and Richard Pryor: The Funniest Man Dead or Alive. In 1996 he founded the Giving Back the Love Foundation. Torry writes and produces films for his production company MO Films. 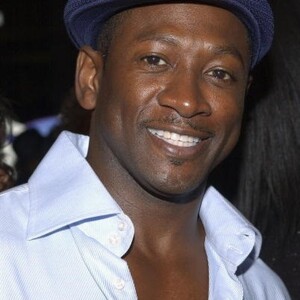