Joe Sugg net worth salary and career earnings: Joe Sugg is an English internet personality who has a net worth of $8 million. Joe Sugg was born in Wiltshire, United Kingdom. He is responsible for the YouTube channels ThatcherJoe, ThatcherJoeGames, and ThatcherJoeVlogs. His name comes from working as a roof thatcher. He created his first YouTube channel in 2011 and as of 2019 he has more than 8 million subscribers and 1.2 billion views. He has hundreds of millions of additional views on other platforms. Sugg was a part of the YouTube Boyband who earned money for Comic Relief. He was part of the Band Aid 30 charity super group's single "Do They Know It's Christmas" in 2014. Sugg did a voiceover roll in the UK version of the film The SpongeBob Movie: Sponge Out of Water in 2015 as a seagull. Joe's sister Zoe is also a YouTuber who goes by the name Zoella. Joe has been dating Australian dancer Dianne Buswell since 2018. 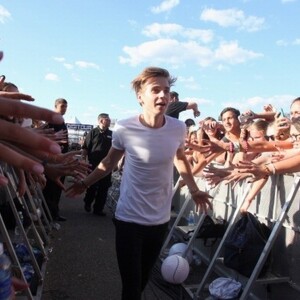