How much is Joan Rivers Worth?

Joan Rivers Net Worth: Joan Rivers was a New York-born comedian, actress, and television host who had a net worth of $150 million. Noted for her sharp wit, Joan Rivers was one of the most famous comedians of our time before her passing in 2014. She became the first woman to host her own talk show, and she won countless awards over the course of her career. She was also a shrewd entrepreneur, creating a number of successful businesses and writing a series of well-received books.

Early Life: Joan Alexandra Molinsky was born on June 8th of 1933 in Brooklyn, New York. Raised alongside one sister by Russian-Jewish parents, she became heavily involved in drama and theater from a young age. However, she struggled in school due to the fact that she was overweight, and this had an impact on her body image throughout her later life.

After graduating from high school, Joan attended Connecticut College before transferring to Barnard College in Manhattan. In 1955, she graduated with a B.A. in English literature and anthropology. She spent a lot of time working odd jobs before she entered show business. At various points, she was working as a tour guide, a fashion consultant, and a writer for an advertising agency. When she linked up with an agent, he advised her to adopt a stage name, and she chose the last name "Rivers" (which was coincidentally the same last name as her agent).

Career: Joan Rivers began her career in the late 50s with a number of Broadway performances. She also started to appear at comedy clubs in New York City. In the 60s, she appeared in the film "Once Upon a Coffee House," and made her breakthrough when she appeared on "The Tonight Show" with Johnny Carson. This led to appearances on a number of other television shows throughout the rest of the 60s.

Throughout the 70s, Rivers continued to consolidate her presence on television with a number of high-profile roles and appearances. During the 80s, she continued her successful run, although she also focused more on stand-up comedy. Towards the end of the decade, she got her own show: "The Joan Rivers Show." She later won an Emmy as a result of this achievement. Shows such as these became a focus for Joan throughout the 90s as well.

In the 2000s, she started covering red carpet events for the TV Guide Channel after being offered a three-year contract reportedly worth between $6-$8 million. She continued to appear in various television shows over the next few years, and she also established herself as a voice actor with a number of roles in animated films and television shows.

Relationships: Although Rivers was briefly married in 1955, her most high-profile marriage came in 1965 when she wed Edgar Rosenberg. In 1968, they had a daughter who later became known as Melissa Rivers. Joan's marriage to Edgar ended in tragedy when he committed suicide in 1987. He took his own life four days after she asked him for a divorce.

Later, Rivers would admit that their marriage was never really on solid ground. Joan stated that Roseberg mistreated her considerably over the course of their 22-year marriage. On the other hand, she also admitted to having several extra-marital affairs while married to Edgar. Following her husband's suicide, Rivers also contemplated taking her own life. 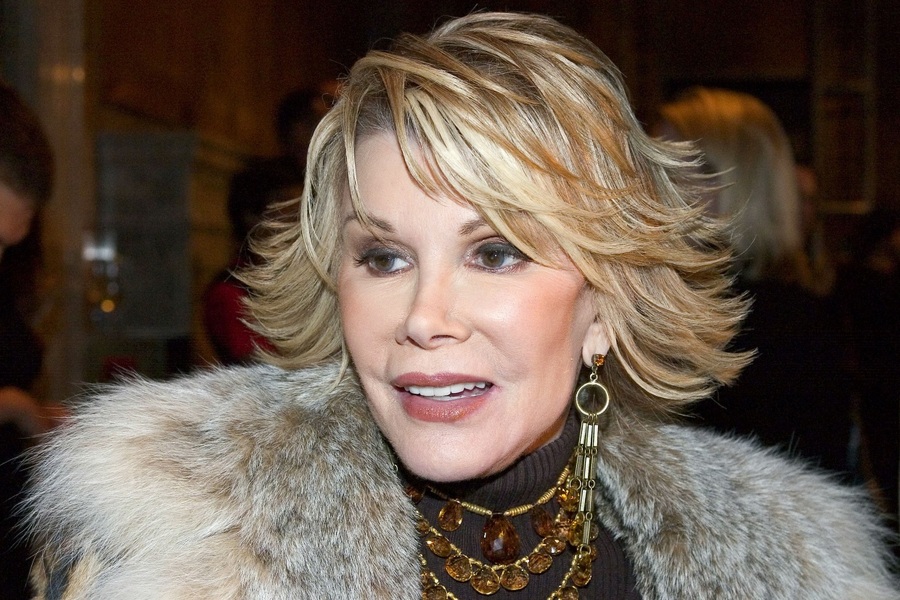 Passing: In 2014, Joan Rivers underwent what she assumed was going to be a routine medical procedure on her throat. For a number of potential reasons, she stopped breathing partway through the procedure. She was successfully resuscitated, but she then fell into a coma and eventually died in a hospital. The official reason of death was listed as brain damage from lack of oxygen.

An official investigation determined that the medical clinic that she visited made a number of mistakes. Chief among these mistakes was the failure to notice Joan's worsening condition, including a clear drop in blood pressure. It was also suspected that the clinic has administered the incorrect dosage of anesthetic, and some suggested that Joan never actually consented to the procedure in the first place.

Eventually, Joan's daughter Melissa filed a malpractice lawsuit against the doctors who were running the clinic. The doctors ended up taking full responsibility for the death of Joan Rivers, and they settled the suit for an undisclosed amount.

Real Estate: After Joan Rivers passed away, she left behind a lavish condo in New York City. Valued at $28 million, the apartment features decor that looks like it's taken straight out of the Palace of Versailles. The four-bedroom property also features terraces that offer beautiful views of the city. For a long period after Joan's passing the apartment remained unsold. Finally, it was sold for the full asking price in 2020.

In 2000, Joan purchased a farm in Connecticut for $1.438 million. She did extensive work on the property over the next nine years before putting it back on the market for a whopping $6.5 million. After reassessing her pricing, she then relisted the property for $4.9 million before settling for a selling price of $4.5 million in 2013.

In the 80s, Joan Rivers was part of a massive real estate development project that took place in Bucks County, Pennsylvania. The goal was to create a "mini Beverly Hills" that would attract all kinds of celebrities. Because of its location, it was seen as an ideal location for people who were commuting between New York City, Philadelphia, Atlantic City, and to some extent California. Joan and other investors poured over $19 million into the development project. Unfortunately, a number of factors led to the failure of the project.

Still, a lavish property was built specifically for Joan Rivers and her husband at the time in Bucks County, but she never actually moved in due to the failure of her development project and the suicide of her husband. The 12,000-square-foot mansion sits on a 10-acre plot with a pool and jacuzzi and looks as if it were taken straight from Beverly Hills. It's totally at odds with nearby houses in the area (the average price for a house in Bucks County is around $300,000). In 2020, the unused property hit the market for $2.7 million. 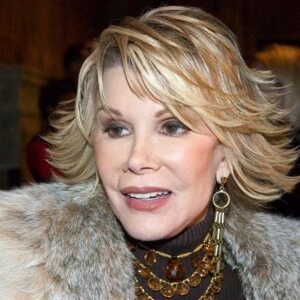