What is Jo Koy's net worth?

Jo Koy is an American-Filipino stand-up comedian who has a net worth of $5 million dollars. Jo has released a number of successful comedy specials and is one of the most popular touring comedians today.

Jo Koy, also known as Joseph Glenn Herbert, was born in Tacoma, Washington on June 2, 1971. His American father was stationed in the United States Air Force in the Philippines when he married Koy's Filipino mother, who worked as a manager for a Filipino rock band. The couple got divorced when Jo was 13 and after that his mother raised all of her children on her own. The family moved to Tacoma Washington and then to Los Vegas soon after he finished high school in Tacoma. The family moved to Los Vegas to be near Jo's ailing grandmother. Jo's stage name comes from a nickname that his family gave him growing up. Jo credits his mother for his acting and comedic talents, frequently telling stories about her during his comedy shows. His mother encouraged him to participate in school talent shows and to hold impromptu shows for his family and friends.

Jo began college at the University of Nevada – Las Vegas. However, he chose to leave the school in order to focus on a career in comedy full-time.

He began performing stand-up in the mid-90s in Las Vegas, and started to gain notice when he became a regular performer in the show, "Catch a Rising Star" at the MGM Grand. This inspired him to move to Los Angeles.  After he performed at the MGM Grand in Las Vegas, Jo rented the Huntridge Theater and went door to door to sell tickets to his own comedy shows. He was then invited to appear on BET's "Comic View". From there, he went on to win a number of comedy awards and to perform as part of multiple high-profile tours and programs. He has appeared on two seasons of "Comic View." The comedian went on to star in other TV stand up specials like "Jamie Foxx Presents: Laffapalooza!". Jo has won the Showtime at the Apollo and has appeared on various VH1's episodes of the shows "I Love the '70s, '80s, and '90s." 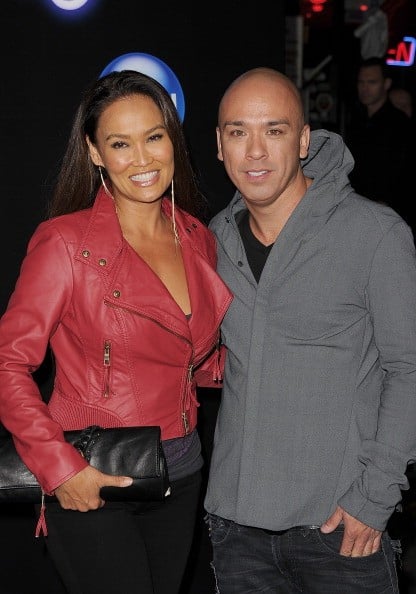 He was a regular guest commentator on "Chelsea Lately" appearing on over 100 episodes as a season regular roundtable guest. Koy was one of only a handful of comedians to receive a standing ovation after performing on "The Tonight Show with Jay Leno". Koy has been a frequent guest on "The Adam Carolla Show". He hosts his own podcast, "The Koy Pond", on PodcastOne. He also appeared on the Tru TV show "World's Dumbest" and "New Millenium." Koy received a second invite to the Montreal comedy festival "Just for Laughs" where he received the prestigious Canadian Gemini Award. Koy has also appeared on Carlos Mencia's Punisher Tour, performing stand up in front of fans filling 10,000 seat arenas and stadiums across the country. Jo started a podcast with comedian and TV host Michael Yo on July 23, 2012 called "The Michael Yo and Jo Koy Show." The comedian still tours around the US and can be heard as a weekly guest on the podcast "The Adam Carolla Show."

Koy has done two highly rated and successful comedy specials for Comedy Central: "Don't Make Him Angry" and "Lights Out." His third comedy special "Jo Koy: Life from Seattle" is a Netflix Original, released worldwide on March 28, 2017. In June 2019, Koy released another Netflix special titled "Joy Koy: Comin' In Hot." In February 2019, Koy performed two shows on stage at the Wheeler Opera House in Aspen Colorado for the closing night of the famed Aspen Laugh Festival. On June 12, 2020, Koy along with Netflix released another comedy special called "Jo Koy: In His Elements." The special featured Filipino American comedians DJs and the B-Boys.

Jo and his now-ex-wife Angie King welcomed a son, Joseph Herbert Jr., in 2003. Koy has stated in interviews that the divorce did not affect their ability to co-parent and they have done so amicably and remained close friends throughout the years. Jo has described having a very close bond with his son. Since his divorce, Koy has been very private about his personal life. He was rumored to be engaged to Amy Bray in 2018 and more recently has been linked to actress and singer Tia Carrere.

Jo Koy is widely recognized for his charity work. He hosted his first philanthropic event with his own The Jo Koy Foundation on August 4, 2009. It was a charity stand up comedy show featuring Koy along with several surprise comedic guests called "Hilarity for Charity." The show took place at the Jon Lovitz Comedy Club in the heart of Citywalk, University City, California. All the proceeds from the ticket sales were donated to The Children's Hospital of Orange County. 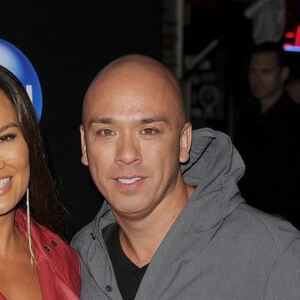