Jo Brand net worth: Jo Brand is an English comedian, writer, and actress who has a net worth of $12 million. Jo Brand was born in Wandsworth, London, England in July 1957. As an actress she starred as Nurse Kim Wilde on the television series Getting On from 2009 to 2012 and as Rose Denby in the TV series Damned in 2016.

Brand began as a stand-up comic and appeared on the TV series Saturday Live and then in the series The Brain Drain, Getting On, and Channel 4's Jo Brand Through the Cakehole. She would make regular appearances on the television series QI, Would I Lie to You?, and Have I Got News for You. Brand is currently the presenter on the TV series The Great British Bake Off: An Extra Slice. Brand was named one of the 50 funniest acts in British comedy by The Observer in 2003. She won a BAFTA TV Award in 2011 for Best Female Performance in a Comedy Role for Getting On. Brand has also won two British Comedy Awards and two Writers' Guild of Great Britain Awards. 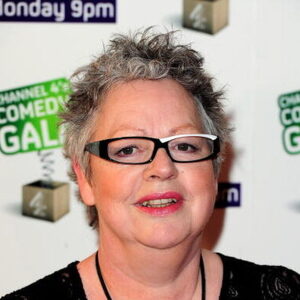