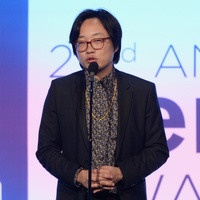 What is Jimmy O. Yang's Net Worth and Salary?

Jimmy O. Yang is a Chinese American stand-up comedian, actor, and writer who has a net worth of $5 million. Jimmy O. Yang is best known for his roles on the HBO comedy series "Silicon Valley" and the Netflix comedy series "Space Force." He has also appeared in a number of films, including "Life of the Party," "Crazy Rich Asians," "The Happytime Murders," "The Opening Act," and the Netflix romcom "Love Hard." Additionally, Yang has lent his voice to animated films including "Beavis and Butt-Head Do the Universe" and "Minions: The Rise of Gru."

Jimmy O. Yang was born on June 11, 1987 in Hong Kong to parents originally from Shanghai, China. He has a brother named Roy. When Yang was 13, he immigrated with his family to Los Angeles, California, where they joined his aunt and grandmother who had already been living in the United States. For eighth grade, Yang went to John Burroughs Middle School; he subsequently attended Beverly Hills High School. He went on to enroll at the University of California, San Diego, from which he graduated in 2009 with a degree in economics. In an fateful twist, "Silicon Valley" creator Mike Judge was his commencement speaker.

As a comedian, Yang performed his first stand-up set at North Hollywood's Ha Ha Comedy Club. He also briefly served as an intern at the Beverly Hills financial consulting firm Smith Barney, but found the work unsatisfying. Back in San Diego, Yang took a variety of odd jobs, including selling used cars, deejaying at a strip club, and seating patrons at a comedy club. During this time, he also did free stand-up sets at the Comedy Palace; there, he met his mentor Sean Kelly.

After moving back to Los Angeles, Yang signed with Central Casting while continuing to do stand-up throughout Southern California. Eventually, he found representation as an actor with the Vesta Talent Agency.

Yang made his acting debut on television with a brief part in a 2012 episode of the CBS sitcom "2 Broke Girls." He followed this with appearances in episodes of "Agents of S.H.I.E.L.D." and "It's Always Sunny in Philadelphia." Next, in 2014, Yang was in episodes of the sitcom "New Girl" and the police procedural series "Criminal Minds." He also had a recurring role on "Things You Shouldn't Say Past Midnight," an adaptation of the eponymous Peter Ackerman play. 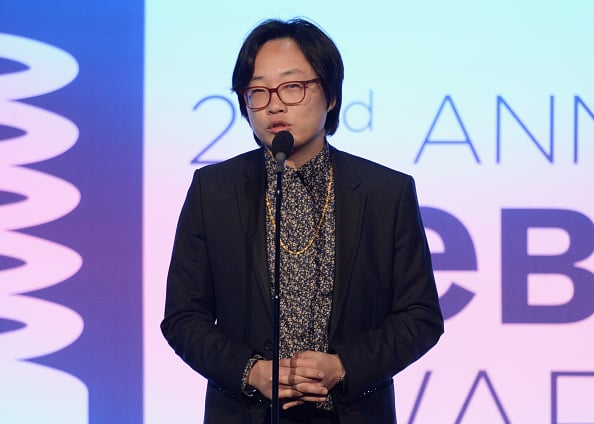 Yang's breakthrough role came in 2014 on the HBO comedy series "Silicon Valley." He played Jian-Yang, a tenant of an innovation incubator run by entrepreneur Erlich Bachman, played by T.J. Miller. The show also starred Thomas Middleditch, Josh Brener, Martin Starr, Kumail Nanjiani, Amanda Crew, Zach Woods, and Matt Ross, among others. After appearing in a recurring role in season one, Yang was promoted to the main cast for the remaining five seasons of "Silicon Valley." The show concluded in 2019.

Yang appeared on a number of other shows while he was still on "Silicon Valley." His credits included episodes of "Battle Creek," "Those Who Can't," "Broken," "Another Period," and "Drunk History." He also voiced characters on the animated sitcoms "The Simpsons" and "American Dad!" From 2018 to 2019, Yang played the role of Horace in three episodes of the ABC sitcom "Fresh Off the Boat." He landed his next role on a series in 2020, when he began playing Dr. Chan Kaifang on the Netflix workplace comedy "Space Force." Other cast members included Steve Carell, Ben Schwartz, John Malkovich, Tawny Newsome, Diana Silvers, and Don Lake. "Space Force" was ultimately canceled in 2022.

On the big screen, Yang first appeared in an uncredited role in the 2013 comedy "The Internship," starring Owen Wilson and Vince Vaughn. He had his first credited role three years later in the action thriller "Patriots Day," about the events surrounding the 2013 Boston Marathon bombing. Yang played a Chinese immigrant who gets carjacked by the terrorists. Following this, in 2018, he appeared in "El Camino Christmas" and "Juliet, Naked." The same year, he was in two films with actress Melissa McCarthy, "Life of the Party" and "The Happytime Murders," and had a notable role as Bernard Tai in the hit romcom "Crazy Rich Asians." In 2019, Yang lent his voice to the animated adventure comedy sequel "The Lego Movie 2: The Second Part."

In 2020, Yang appeared in two films alongside Ryan Hansen: the comedy "Like a Boss," starring Rose Byrne, Tiffany Haddish, and Salma Hayek, and the supernatural horror film "Fantasy Island," starring Lucy Hale, Michael Peña, Maggie Q, and Austin Stowell. Also in 2020, he starred as an aspiring stand-up comic in "The Opening Act," appearing alongside a myriad of other established comedians. Yang subsequently starred in the Netflix romcom "Love Hard" and lent his voice to the animated fantasy comedy "Wish Dragon." He has also voiced characters in the animated films "Beavis and Butt-Head Do the Universe" and "Minions: The Rise of Gru."

As an author, Yang penned the memoir "How to American: An Immigrant's Guide to Disappointing Your Parents," about his experiences growing up as a Chinese immigrant chasing a career in Hollywood.