What is Jimmy Kimmel's net worth and salary?

Jimmy Kimmel is an American television host and comedian who has a net worth of $50 million. Jimmy Kimmel is probably most famous for hosting the late night comedy talk show "Jimmy Kimmel Live", for which he earns an annual salary of $15 million. He has hosted the show since 2003. Previously he co-hosted "The Man Show" and was a sidekick on "Win Ben Stein's Money". He got his start in show business on radio.

James Christian ("Jimmy") Kimmel was born in Brooklyn, New York on November 13, 1967. The eldest of three children, he lived in the neighborhood of Mill Basin until the family moved to Las Vegas when Kimmel was nine. He graduated from Ed W. Clark High School and attended one year of school at the University of Nevada, Las Vegas and two years at Arizona State University, later receiving an honorary degree from UNLV.

Kimmel, inspired by David Letterman's start in radio, began working at a radio station while he was still in high school. He continued on during college and landed his first paying radio job as a morning co-host on The Me and Him Show on KZOK-FM in Seattle. He and his co-host, Kent Voss, were fired in 1990, mainly due to costly stunts the two would perform on air. Kimmel decided to start his own show in Palm Springs, California and he recruited childhood friend Carson Daly as his intern. Jimmy eventually ended up at KROQ-FM in Los Angeles and spent five years working as "Jimmy the Sports Guy" on the Kevin and Bean morning show.

Initially, Kimmel had no interest in working in TV. He began writing promotional material for Fox announcers and was recruited to do the on-air promotions himself. Kimmel was then offered a place on Comedy Central's Win Ben Stein's Money in 1997 as the "funny everyman" comedic counterpart to Ben Stein. The duo won an Emmy award for Best Game Show Host. In 1999, while still working on Win Ben Stein's money, Kimmel co-hosted with Adam Carolla and co-produced The Man Show. The success of the show allowed Kimmel and Carolla to create the show Crank Yankers for Comedy Central, with Kimmel also voicing several characters on the show himself. 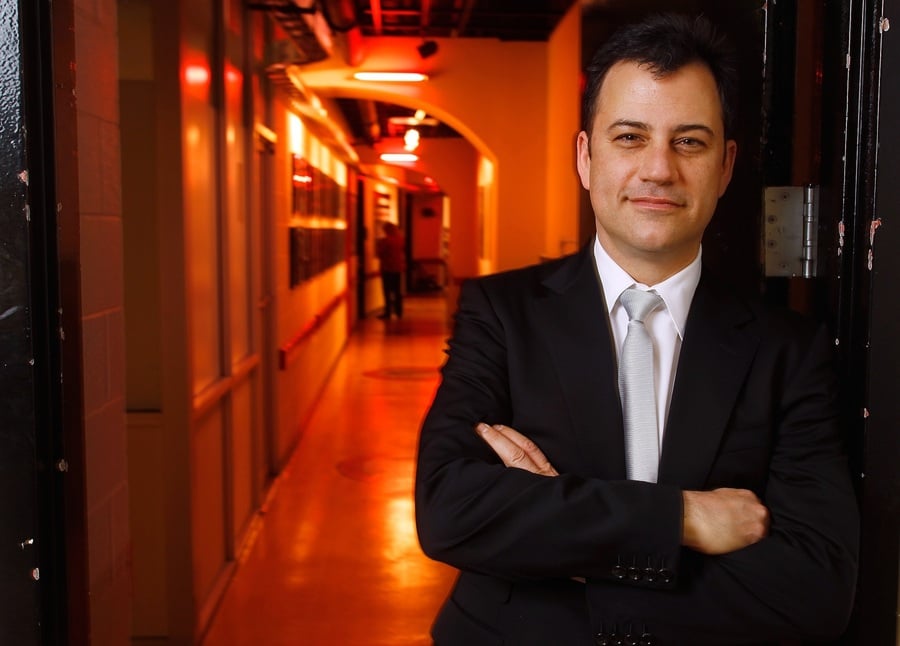 Jimmy permanently left The Man Show in 2003 and began hosting his own show, "Jimmy Kimmel Live", which slowly became very popular and successful. Despite its name, the show does not actually air live. Jimmy is known for his quirky, "weird" persona and interviewing style. Like most talk show hosts, he has had his fair share of controversies and feuds. He cites his biggest influences for hosting as David Letterman and Howard Stern. Jimmy has also served as a guest host for "Larry King Live" and "Live with Regis and Kelly". For the latter, he commuted every day between New York and Los Angeles 5 days in a row, breaking the Guinness World Record for the longest distance traveled in one work week. He has also become a popular host for award shows, hosting the Academy Awards in 2017 and the Primetime Emmy Awards in both 2012 and 2016. He hosted the American Music Awards five years in a row. Kimmel was awarded a star on the Hollywood Walk of Fame in 2013 at 6840 Hollywood Blvd.

Jimmy served as the roastmaster for the New York Friars' Club Roast of Hugh Hefner. He has also hosted various Comedy Central roasts. Kimmel appeared on a season of ABC's Dancing With the Stars. In 2007, Jimmy Kimmel hosted a game show for ABC, Set for Life. Kimmel managed the National League in the 2007 Taco Bell All-Star Legends and Celebrity Softball Game in San Francisco. He played in the game in 2004 and 2006. Jimmy hosted the 2007 ESPY Awards with Lebron James. Kimmel does voicework for many animated films such as Robot Chicken, often voicing dogs. He released a children's book, The Serious Goose, in July 2019. Kimmel is set to host a series of episodes of Who Wants to Be a Millionaire in April 2020.

Kimmel's uncle Frank Potenza and cousin Sal Iacono often appear on Jimmy Kimmel Live. Kimmel was married to Gina Maddy from 1988-2002. They have two children, Katherine and Kevin. He was in a relationship with Sarah Silverman from 2002-2009. He married Molly McNearney in July 2013, and the couple has two kids, Jane and William John. Their son was born with a rare congenital heart defect and underwent successful surgery at just three days old. Kimmel discussed the terrifying experience with his audience when he returned to the show.

Kimmel is a practicing Catholic and a supporter of the Democratic party. He has spoken publicly about suffering from narcolepsy.

Jimmy owns a number of homes in the LA area. In 2004, Jimmy paid $2.175 million for a home one block from the beach in Hermosa Beach, California. He bought a second home in Hermosa in 2014 for $2.25 million. At some point he deeded this home to his wife's sister. In 2018 he dropped $8.2 million on yet another home in Hermosa. The current home on this lot is a modest 2,200 square-foot structure. According to the sale plans, a future home could be 20,000 square-feet.

Outside of Hermosa, Jimmy owns a $7.1 million two-parcel home in the Hollywood Hills above the famed Chateau Marmont. 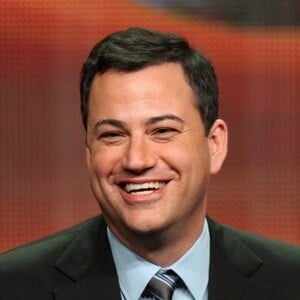